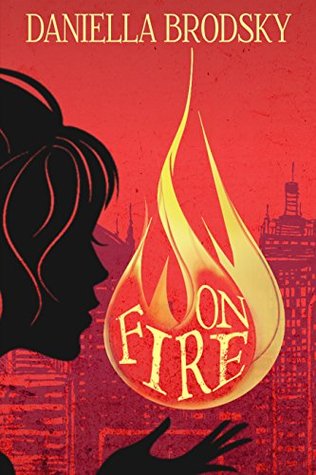 Before there was Girls, there was Anna Walker.
Some people are destined for glory. Others have to be dragged kicking and screaming out of clinical anxiety, fall in love with a charming, self-absorbed investor, and light a fire under a lifetime of inertia in order to get a crack at it. Anna—and her roommate Ray—thinks she has what it takes to be a writer, if only she would write something; instead she’s hunkered down in a magazine’s publicity department for a difficult-to-like boss, promising herself she’ll do something to get noticed in editorial one day. When she accidentally humiliates said boss in a very public way, Anna's convinced her career is finito. Instead, she’s suspiciously given a New York City nightlife column for which Anna's dinner at the local, bed by nine, fashion-schmashion M.O. is an obscenely poor fit. Life is never all gravity or levity; and here its mix is at its messiest, hairiest, and somehow, its most hopeful yet.
Editorial Reviews of On Fire:

“Brodsky's novel is funny and melancholy as Anna gets her life back on track and succeeds beyond anything she ever imagined.”
—Booklist
“A wonderful coming of age story.”
—Harriet Klausner
Editorial Reviews of Daniella Brodsky’s Novels:

“A super fun read with everything you could want . . .” - #1 New York Times Bestseller Meg Cabot

"You'll get a kick out of Brodsky's books."-NY Post

“This is so much fun!” - #1 New York Times Bestseller Nora Roberts 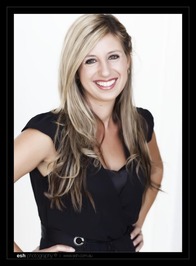 Daniella Brodsky is the author of six novels published by Penguin, Random House, and Simon & Schuster, most famously DIARY OF A WORKING GIRL, which was adapted for the screen by Disney, starring Hilary Duff. Her latest title, THE PATRONS, launched in June. She has also had a long career as a journalist and made a name for herself with THE GIRL’S GUIDE TO NEW YORK nightlife, back when she didn’t need a babysitter and a disco nap to stay out past seven. Daniella has taught fiction craft at the ANU and at her Captain Cook Studio. A native New Yorker and enthusiastic Australian, Daniella lives in North Queensland, where she teaches creative writing at James Cook University. In 2012, Daniella was awarded a Varuna fellowship, and shortlisted for the Katharine Susannah Prichard Fellowship. www.daniellabrodsky.com.

I feel like Bodsky as a voice that is distinctly hers.  She writes novels that are emotional...mixing all the emotions together in a wonderful cocktail which entices the reader to drink in her stories.  I think I felt a bit of everything while reading ON FIRE.  I felt like it was a beautiful story of finding one's self and making so much more of yourself than ever dreamed possible.  But it was more than that...deeper than that.  I felt connected, engaged and entertained.  Brodsky is a a talented story teller and one not to be missed! 4.5 stars