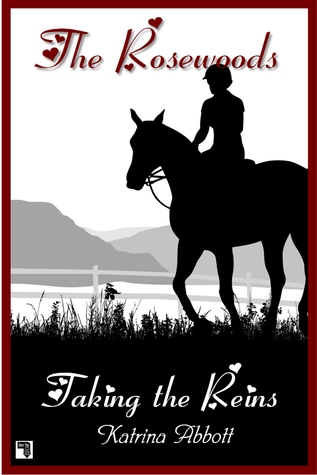 
Brooklyn Prescott (if that's even her real name) is the new girl at The Rosewood Academy for Academic Excellence, now that she's moved back to the States after two years living in London. Rosewood, a boarding school for children of the rich and famous and known for its celebutantes, is missing just one element important to any junior's education: boys. But luckily for Brooklyn, and the rest of the Rosewood girls, there's a boys' boarding school, The Westwood Academy, just a few miles away. On her very first day, Brooklyn meets Will, a gorgeous and flirty boy on campus to help with move in. But is he who she thinks he is? And what about Brady, the cute stable boy? Or Jared, the former child actor with his grown-up good looks who can always make her laugh? As Brooklyn settles in at Rosewood, she's faced with new friends, new challenges and new opportunities to make herself into the girl she always wanted to be. Whoever that might be. Taking The Reins is the first installment of The Rosewoods, an exciting new Young Adult series for readers who love fun, flirty love stories. 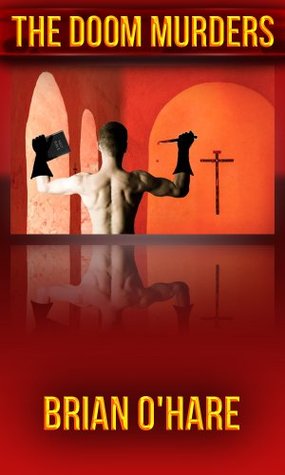 by Brian O'Hare
Prominent figures in Belfast are being murdered. The bodies are left naked and posed in grotesquely distorted shapes. No clues are left at the forensically immaculate crime scenes except odd theatrical props and some random numbers and letters concealed at each scene by the killer. How are the victims linked? What is the connection between these killings and a famous mediaeval painting of The Last Judgement? Chief Inspector Jim Sheehan is baffled. Faced with one of the most complex cases of his career, he turns to an eminent professor at Queen’s University and a senior cleric who is a biblical expert. With their help, Sheehan begins to piece together some understanding of the killer’s psychopathy but can he learn enough to identify the killer and put an end the murders? 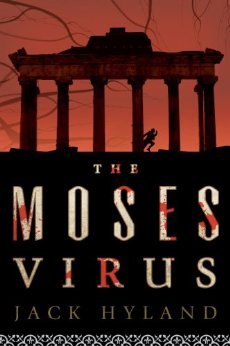 by Jack Hyland
The Moses Virus is a thriller primarily set in modern day Rome. Two American archaeologists die suddenly in an underground passageway in the Roman Forum leading to the buried rooms of Emperor Nero s Golden Palace. The Italian authorities conclude that the deaths were caused by a devastating and highly contagious virus. Tom Stewart, an NYU forensic archaeologist who was present when the deaths occurred, becomes entangled in the race to find the supply of the virus a race involving many powerful players desperately seeking the deadly contagion. Stewart must find and destroy the virus before others harness its sinister power. The Vatican, foreign groups, the world s largest genetically-modified seed manufacturer all have their reasons, and none will stop until they succeed, no matter what the cost or risk to millions of people if the virus escapes and causes a pandemic. 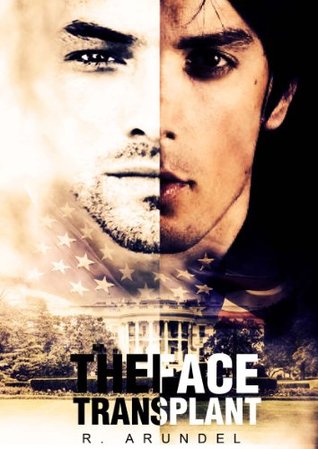 Dr. Matthew MacAulay is a facial transplant surgeon working in a prestigious New York hospital. He is forced at gunpoint to perform a facial transplant in the middle of the night. The surgical team includes Dr. Sarah Larsson the anesthetist and his scrub nurse Marcia Lopez. They work under intense pressure but unfortunately the patient dies. The next day Matthew learns that Dr. Tom Grabowski, leader of the facial transplant program in Palo Alto, died last night. Initially classified as a heart attack, Matthew is suspicious. Tom was a close friend and mentor to Matthew. He goes to Palo Alto and learns that Tom was murdered. Both facial transplant centers are being funded by the government covertly to try and perfect facial transplantation. The Secretary of Defense, Quentin Taylor personally oversees the project. Matthew is stunned to learn that Tom recently developed a compound that allows facial transplants to be performed seamlessly. No scars, no evidence of a face transplant. The surgeon can now put a new face on a person with immediate healing and invisible scars. The possibilities are endless. Tom had also pioneered a surgical robot named Alice. She is the next generation surgical robot, not only able to assist but also possessing almost human thought capabilities. When Matthew returns to New York he visits his mother Caroline MacAulay. She is saddened by the death of Dr. Grabowski. He was an old family friend. He stood by her raising Matthew as a single parent. The Secretary of Defense is very concerned by the death of Dr. Tom Grabowski, he was the leader in transplant research and held a great deal of highly valuable intellectual property. Technology that they would not want to fall into the wrong hands. Quentin Taylor assigns Jonathan to investigate Tom’s death and ensure no vital secrets have gone missing. Jonathan carries a personal vendetta against Matthew. Within no time he has convinced the Secretary of Defense that Matthew is behind the death of Tom Grabowski. Jonathan also convinces him that Matthew may be selling secrets. Matthew must go underground and evade the relentless pursuit of Jonathan. He continues to investigate the murder of Tom with the help of his friends. Quentin takes a meeting with the President of the United States, A. Alexander Middleton. He informs him that the transplant program has been compromised by a member of the team, Dr. Matthew MacAulay. The President orders Matthew to be contained, at all costs. The President is happy to learn that the Binary Sequence, a classified document, has not been compromised.Dr. Matthew MacAulay realizes that he is not only being hunted by the US government, but also someone else is trying to eliminate his so he cannot uncover the reason Tom Grabowski was killed. In order to avoid detection Matthew undergoes a face transplant. Alice, the surgical robot, not only helps with the transplant, but provides analysis and is like another member of the team. While transplanted Matthew’s identity is safe and he can investigate freely. The transplanted face has some limitations. If the temperature rises above 80 degrees Fahrenheit the transplanted face may suffer a castastrophic failure and separate. Matthew and Sarah visit another transplant surgeon, Michael Coulson. They quickly realize he may hold many of the clues to the mystery. Matthew must reverse the transplant and travel with Sarah to Macau to continue the investigation. On Macau he meets a disgraced surgeon who holds an important clue. Matthew and Sarah go to Karakatura, the highest mountain the Himalayas. There Matthew uncovers the final pieces of the puzzle and realizes that Tom’s death is part of a much large plan. A plan of monumental proportions involving the most senior levels of government. If Matthew cannot stop this plot, the consequences will change his country forever. Mathtew and Sarah begin a race against time to prevent a catastrophe of epic scale. The final confrontation makes Matthew confront secrets demons hidden many years ago.