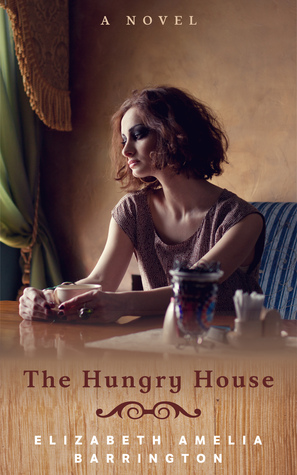 For nail biting suspense, characters that leap of the page, and a tender love story read The Hungry House. When billionaire Frank Armstrong hires gorgeous and spunky university freshman Vicky Howell as his household assistant, it seems like the answer to her prayers. With delight, Vicky and her mother move into Frank's charming guest cottage. As Vicky's ailing mother's health declines, Frank picks up the tab for her medical bills, trapping them in his web of control. At her first university class, Vicky meets tall, handsome Paul, and erotic sparks fly, but she's leery because of a high school affair that left her pregnant and heartbroken. Eventually disenchanted with Frank and revolted by his amorous advances, she flees the estate and begins the fiercest battle of her life as she struggles to escape his far-flung influence and shape her own destiny. Paul, influential movie director John Edwards, and her devoted circle of women friends endeavor to support their beloved Vicky in her fight to protect herself and her young son, conceived in an act of violence and born on a day of tragedy. In the final chapters, Frank discovers that Vicky has developed a will of iron.