Highlight: Burkley and the Beasts: The Sea Serpent by Tiffany Nicole Smith 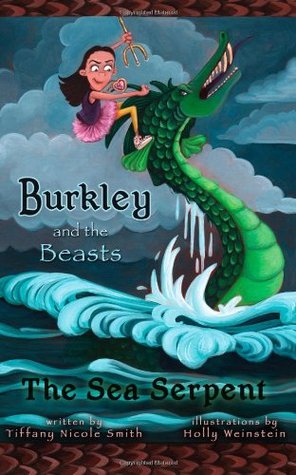 Burkley Brooks doesn't mind being a bit different. She named her pet boa constrictor Stella, even though it's a boy. She won't eat yellow food, but must have something red on her plate. And she's fine with her nickname - Quirky Burkley. However, none of it's as weird as the strange things she's been seeing lately...such as snake tongues stealing bananas and reaching at her from inside the kitchen sink! Thankfully, her Grandma Brooks is there to explain these visions. Burkley has been chosen as the next Brooks to inherit the beautiful Heartstone, the key to a mystical Portal. Through the Portal lies a mysterious place called Mermaid's Lagoon, where Burkley's Grandpa Brooks and Uncle Charlie disappeared years ago. The first step to finding and rescuing them is a battle with a huge, fierce Sea Serpent! With a magical trident in her hands and her best friends at her side, will Burkley save the day?

Tiffany Nicole Smith is an educator who enjoys writing young adult and middle grade fiction. Many great books are on the way so stay posted!