Highlight: Brain The Man Who Wrote the Book That Changed the World by Dermot Davis 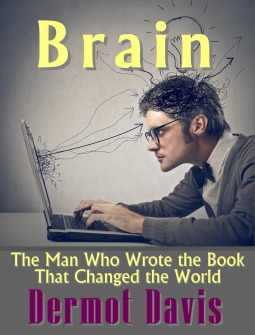 "...an entertaining farce about modern society, a deft, fast-paced tale that will leave self-aware readers giggling." - Publishers Weekly"...ironic, iconoclastic, and pure entertainment from first page to last." - The Midwest Book Review"...full of odd metaphors, literary allusions, and hilarious coincidences... pure fun for the reader." - San Francisco Book ReviewIt's the classic dilemma of the artist: Do you write what's in your heart or do you write what sells? In this modern age of publishing there is a huge chasm between the best selling authors that are rich beyond their dreams and... well, everybody else. All Daniel Waterstone ever wanted to do was write the great American novel and change the landscape of modern literature forever. He has two literary books in print but no one's buying. His agent won't even accept his latest masterpiece which he poured his soul into: apparently, it's not commercial enough. In a final act of desperation, Daniel decides to write - not what's in his heart but - what he thinks will sell. Boy, did he get that one wrong...worst of all, most likely lose the woman of his dreams. 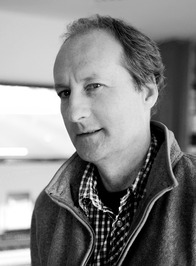 Dermot is an Irish writer now living in the US. As a playwright, Dermot is a recipient of the O.Z. Whitehead Award which was co-sponsored by Irish Pen and the Society of Irish Playwrights. A fictional account of a dream therapist who is stuck in a dream from which he cannot awaken, with his debut novel, ""Stormy Weather," novelist Dermot Davis has deftly crafted a minor literary masterpiece," (Midwest Book Review).
His second novel, "Zen and Sex," is a witty and ironic first-person look at love and relationships as seen from the confused eyes of twenty-four-year old Martin who falls in love with Frances, a woman fourteen years his senior. Winner of two indie author awards and perhaps because it provides a no-holds-barred look into the mind of a man and his uncensored thoughts, it was suggested by the Kindle Book Review that, "every woman should read it as marriage counseling."Winner of the 2013 USA Best Book Awards for humor, Dermot's third novel, "Brain: The Man That Wrote the Book That Changed the World," is "an entertaining farce about modern society; a deft, fast-paced tale that will leave self-aware readers giggling," (Publishers Weekly, starred review). Coming "Highly Recommended" by the Midwest Book Review, who also called it, "ironic, iconoclastic and pure entertainment from first page to last," the book poses the question of whether an author should write from the heart or write only books that he thinks will sell. I suspect that this novelist is trying to do both...