Highlight: Don't Pass Me by by Julie McGowan 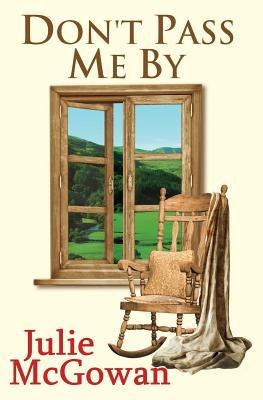 1940: London is about to be ravaged by the Blitz. For Lydia the last beating is the final straw. She has to escape from her husband, and when a gas explosion rips their house apart she flees, taking baby Grace with her. Rejected by her father, and not knowing where to go next, she joins a crowd of evacuee children at the railway station, and her destiny is changed forever as they find themselves in rural Wales. "Don't Pass Me By" is the story not only of Lydia and Grace's salvation, but of the lives of a handful of evacuee children transplanted from the city to a tiny village filled with strangers who speak a different language. Torn away from their parents, each child learns to cope - one with a farm full of fearsome animals and a warm, caring family; others not so lucky. From the love and compassion of many, to sinister abuse from a few, the children find different ways to survive their own catastrophes, while Lydia finds what she has always been seeking - but when her masquerade of widowhood is shattered, will she lose everything? "Don't Pass Me By" is author Julie McGowan's third book, and the second based in her much-loved homeland of Wales. Her first, "The Mountains Between," became a regional best-seller. Her second book, "Just One More Summer," is a wonderfully intricate read based in Cornwall. 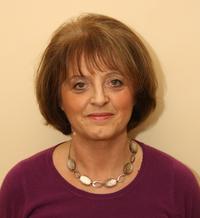 Julie McGowan was born in Blaenavon, South Wales. She left in her teens, and lived in various parts of the UK before returning, with her family, to South Wales and the rural town of Usk. Julie has been writing for over two decades; Don’t Pass Me By is her third novel and she also writes short stories, features, pantomimes, sketches and children’s plays. Her work features in regional magazines and newspapers, as well as in national magazines and newspapers such as The Lady, Woman’s Weekly and The Times Educational Supplement. When not writing Julie runs a local pantomime and a drama company for young people. She also runs a theatre company which tours secondary schools in Wales with productions that she also performs in, covering health and social issues. Julie’s first novel The Mountains Between became a regional bestseller and her second won first place in a literary competition chaired by novelist Katie Fforde. Julie is currently working on her fourth novel.