Everything is falling apart in psychologist Tig Monahan's life. Her mother's dementia is wearing her out; her boyfriend takes off for Hawaii without her; and her sister inexplicably disappears, leaving her newborn behind.
When a therapy session goes horribly wrong, Tig finds herself unemployed and part of the sandwich generation trying to take care of everyone and failing miserably. Just when she thinks she can redefine herself on the radio as an arbiter of fairness, she discovers a family secret that nobody saw coming.
It will take everything plus a sense of humor to see her way clear to a better life, but none of that will happen if she can't let go of her past.

Where it may have begun:

Writers are observers and I’m the noisiest observer there ever was. It started when my parents packed-up my bossy, noisy, laugh-out-loud self and moved the family from Wyckoff, NJ to the Upper Peninsula of Michigan. Once there, I shut up, quit laughing and sat wide-eyeed trying to figure out how to adapt. I watched every peculiar look I got, noticed every speech pattern, new colloquialism, and got a first-hand look at what it was like to be on the outside looking in. That’s the day I began thinking like a writer.

What I did before I started writing the fun stuff:

I exploded from the U.P. like a soft nerf gob from a straw and travelled all the way to exotic Duluth, MN. Once there I yakked (talked not vomited) my way through Nursing school at The College of St. Scholastica in Duluth, MN. In fact, I talked so much and slept so little that my lung collapsed, I got mononucleosis and tonsilities followed by a tonsillectomy. Each in a different year I attended. In the summers I worked in the Youth Conservation Corps, was a Nanny in Vail, Colorado, waitressed, waitressed some more, taught aerobics in tight pink and black spandex and, became head tour guide at the college. After graduating I learned ASL and became the camp nurse for the blind, deaf, and handicapped, transitioned to paraplegics at Mayo then Post Traumatic Stress patients at the Veteran’s hospital in Madison, WI. Between calling in sick and being convinced, as the nuns at college predicted, that I would kill someone, I enrolled in graduate school. Never once writing a slice of anything beyond a letter home or to friends.  EXCEPT I did write a letter to Irma Bombeck who wanted to meet for lunch and, that got me thinking. I must have written something she liked. So, I finished my masters in exercise physiology (Go Badgers) and flinchingly signed up for another tour of torture – PhD in exercise psychology.  In between I did theater, backpacked through Europe (twice), swam in Jamaica, Greece, Hawaii, Kuai, and ate my way through Egypt. In between I learned that my mentor found my writing to be among the worst he’d ever tried to edit. In response, I performed in the Vagina Monologues several times and took too long finishing my dissertation.  Instead, I got headshots taken and made commercials, learned hypnosis for research purposes, got married, gave birth to my soul mate, gave birth to my other soul mate, graduated and finally, got a job I could get my head around. Teaching. Let the angels sing. Still, forcing the writing that I had to do for science not for love. By then I had become an adequate writer but each sentence was a struggle, each line a night mare. But I did it. I published, got tenure, became a professor, started wearing a mouth guard during the day lest I grind my teeth to nubs writing science.
read more HERE 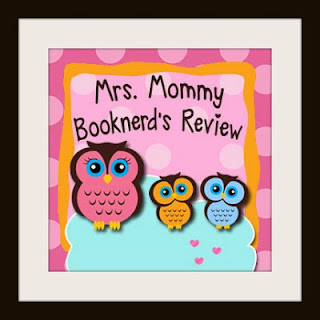 Man oh man!!  What a great book!  Garvin has a knack for writing characters that feel so real.  You are instantly feel what they feel and want to take care of them.  Life is a messy thing and Garvin captures the lows and high of life brilliantly.  She has mastered the art of storytelling and this book is quite a treat!  5 stars