Rowan Collier had the perfect life before polio took her mobility and her family in one fell swoop. After being paralyzed in one leg, Rowan is abandoned by her father and forced to play the part of Ruthie the Cripple in a carnival sideshow designed to show the public that the “unfit” should be kept from procreating at all costs. However, she finds an unexpected friend in a carnie orphan named Dorchy, who helps her realize that her past doesn’t have to determine her future, and that the strength she thought she’d lost to the disease may still be inside her after all – a strength she’ll need if she hopes to stop the sinister plans of the eugenics movement that’s slowly taking root.

Of Better Blood lends a human element to a grim history that isn’t often discussed, though it left a lasting mark and influenced horrors from Jim Crow to the Holocaust. An author’s note separates fact from fiction, making this book an excellent jumping off point into difficult but timely discussions about the similar prejudices we are still battling today, as well as current issues of universal healthcare and vaccinations. 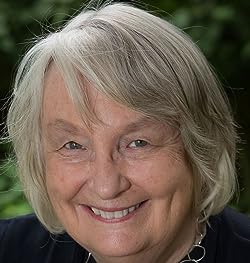 About the Author: Susan Moger has a graduate degree in history and was a senior editor at Scholastic magazines before becoming a writing instructor. She has written several teaching guides for young people about history, including Teaching the Diary of Anne Frank. She lives in Maryland.Of Better Blood is her debut novel.