#MMBBR #Highlight Closest to the Fire: A Writer's Guide to Law and Lawyers by @WordsmithWyle

Write about the law -- and get it right!

The world of law and lawyers, with its suspense, its moral quandaries, and its ripped-from-the-headlines subject matter, provides wonderful material for fiction. This guide will help writers explore these many story possibilities, while avoiding the pitfalls awaiting the unwary. Included throughout the book are ideas for stories or story elements based on the content and available for the readers' use. 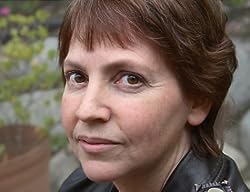 Karen A. Wyle was born a Connecticut Yankee, but eventually settled in Bloomington, Indiana, home of Indiana University. She now considers herself a Hoosier. Wyle's childhood ambition was to be the youngest ever published novelist. While writing her first novel at age 10, she was mortified to learn that some British upstart had beaten her to the goal at age 9.
Wyle is an appellate attorney, photographer, political junkie, and mother of two daughters. Her voice is the product of almost five decades of reading both literary and genre fiction. It is no doubt also influenced, although she hopes not fatally tainted, by her years of law practice. Her personal history has led her to focus on often-intertwined themes of family, communication, the impossibility of controlling events, and the persistence of unfinished business.