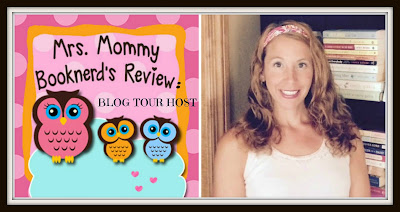 Some things can't be saved. What would you do if your guardian angel wasn't sent to protect you from the world but to protect the world from you? For thirteen years, Gracen Sullivan dreamed about a red-eyed demon named Hart Blackwell who tortured her every night. Her mother freaked when she found out about her daughter's "hallucinations" and forced Gracen to go to the doctor, who prescribed some very powerful medication which kept Hart out of her head for five years. A week ago, Hart came back and brought a friend. But something has changed, and Gracen is seeing Hart when she's awake too. And the other "friends" in her dreams? They have been found dead. The police want to talk to her. Her boyfriend has become distant. Her dreams are becoming more and more intense. Hell wants her. Heaven has to stop her. When push comes shoving, can Gracen fight the evil eating away inside her or will she be forced to embrace it and destroy the world? Book 2: Soulless (2/14/2016) Book 3: Breathless (9/4/2016)


Kelly Martin writes paranormal, contemporary, historical, and YA fiction. She has been married for over ten years and has three rowdy, angelic daughters. When she's not writing, she loves taking picture of abandoned houses, watching horror gamers on YouTube-- even though she's a huge wimp-- and drinking decaf white chocolate mochas. She's a total fangirl, loves the 80s and 90s, and has a sad addiction to paranormal TV shows. {Basically, she likes creepy stuff.} Her favorite characters are the very flawed 'good guys'--and 'bad guys' who don't know they are evil. She loves giving her readers books with unexpected twists and turns, but (here's a hint) most of her books have the ending spelled out in the first chapter. See if you can figure it out.