Highlight: Shadowlands by Mark E. Prior 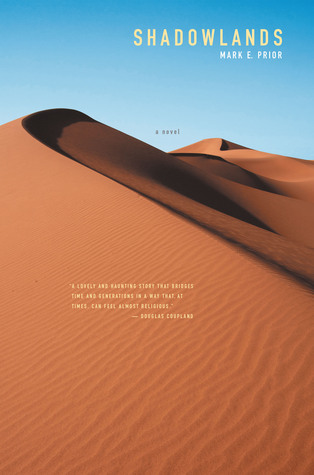 Two tours of Afghanistan have left Matt Graydon, 28, shattered by battle. Now he must return home to his family's farm to care for his estranged mother Shirley, who is fighting her own war of early-onset Alzheimer's. Yet while the struggle with their demons threatens to unravel them both, Matt and Shirley come to discover each other in a way they never could have imagined. A commanding and emotionally volatile novel of war, fear, and love, Shadowlands is an enthralling and touching exploration of a man and his mother's battle with their enemies, both known and unknown. Unpredictable and explosive, it is ultimately a story of strength and forgiveness. "A LOVELY AND HAUNTING STORY THAT BRIDGES TIME AND GENERATIONS IN A WAY THAT, AT TIMES, CAN FEEL ALMOST RELIGIOUS." -DOUGLAS COUPLAND


According to a recent study by the Veterans Administration, 30% of all Veterans treated are diagnosed with Post-Traumatic Stress Disorder (PTSD). Mark Prior explores PTSD in his poignant and thoroughly researched debut novel Shadowlands (Lulu Publishing, July 2014).
When 28 year-old Matt Graydon returns home after two tours in Afghanistan, he knows he has a rough road ahead of him. He is wounded, battle scarred and preparing to be court-martialed for trying to save a little boy’s life. Matt must also work through personal issues including his estranged mother’s battle with Alzheimer’s and his failing marriage. The scars from his time at war run deep and Matt is beginning to see that the fight for his life is happening at home.
Alienated from his wife and children, caring for a sick mother and suffering from the trauma he witnessed at war, Matt and his family must come together to work through their personal tragedies, reconnect, and forgive their past failures.
Bestselling author Douglas Coupland calls Shadowlands “A lovely and haunting story that bridges time and generations in a way that, at times, can feel almost religious.”
In interviews Prior can discuss the extensive research he did on Alzheimer’s and PTSD. He was a translator between the British Military’s Special Air Services and the Brazilian Department of Political and Social Order when he was only 17-years old. Prior was inspired by the stories of soldiers coming home with PTSD and those who were plagued by these demons in isolation.
Mark E. Prior lives in Los Angeles, but grew up in Brazil and Toronto.