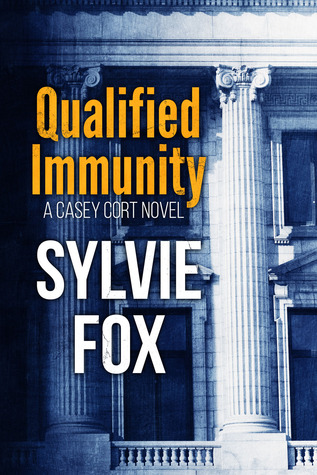 Publication Date: November 17, 2014
Publisher:  Penner Media
Title:  Qualified Immunity
Author:  Sylvie Fox
Sylvie Fox writes spicy contemporary romance featuring quirky characters, and emotionally driven women’s fiction about ordinary women facing extraordinary challenges.
She lives in Los Angeles, California with her husband, son, and a menagerie of pet rescues. In spite of her decade in Hollywood, she’s never been on television or in a movie, but avoids the paparazzi like the plague. When she is not in LA, Sylvie is eating her way through Budapest. Sylvie loves to connect with readers at sylviefox.com She can also be found on Facebook, Twitter, and Pinterest.I blog at TheKeeperShelf and Girlfriends Book Club
Genre: African American Women’s Fiction
Length: 80,000 words
Publicity tags:  women’s fiction, contemporary women, African American, lawyers, juvenile court, foster care

Sheila Harrison Grant is the first African American woman ever nominated to the federal bench in Cleveland. But when her thirteen-year-old daughter Olivia shares a family secret with a well-meaning guidance counselor, she sets the wheels in motion to feed a partisan senate’s opposition, threatening her mother’s position…and both of their lives.

Once an ambitious young law student with promise, Casey Cort made the mistake of crossing a classmate from a prominent and influential family. Now she works as an unfulfilled, faceless cog in a broken legal system.
When fate gives Casey a second chance, she has to set aside her lack of faith in justice and find the strength to fight for those with nowhere else to turn.

In this first novel of the Casey Cort series, Sylvie Fox—a former trial lawyer in Cleveland—weaves a tale that blends the best of today’s top legal thrillers with the heart and soul of women’s fiction, in a story ripped from real-world headlines.