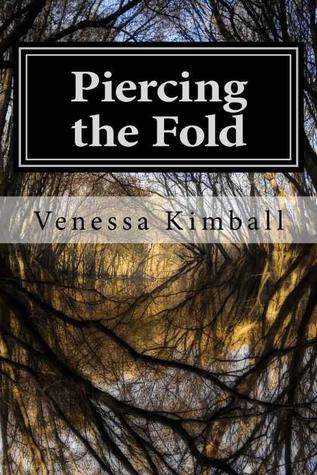 “I'm Jesca. I have intense nightmares nightly and hallucinations of dark auras closing in on me daily. Strangers’ faces distort before my eyes and I hear voices in my head. All symptoms of insanity, ‘illusions in reality’, right? Wrong. This is my reality and it has been set askew.”

Jesca Gershon Sera discovers that she is part of a legacy and a fellowship of guardians destined to protect the human race from a galactic event that will invade and evolve our world.

*The Piercing the Fold series is intended for Mature Young Adult and Adult readers due to the the paranormal and unorthodox scientific concepts addressed throughout. This series contains a rich mixture of the paranormal, science fiction, romance, adventure, and suspense. *

In 2010, Venessa Kimball had an idea for a story that needed telling. Having always been passionate about the written word, Venessa embarked on writing what would become her debut novel, Piercing the Fold: Book 1; a mature young adult/ adult crossover, paranormal, science fiction series. July 2, 2012, Venessa Kimball independently published the first book in the Piercing the Fold series. Book 2, Surfacing the Rim, released March 14, 2013.

In August of 2013, Venessa joined the publishing house, Crushing Hearts and Black Butterfly. The Piercing the Fold series will be re-published with them beginning with Piercing the Fold: Book 1 on September 3rd. Surfacing the Rim: Book 2 will be re-published on September 24th and Ascending the Veil: Book 3 will be released for the first time on October 18th. The final book in the series, Book 4 (Title TBD) will release in 2014.
As for the future, Venessa is already filling her Work-In-Progress folder. Two of her future projects are contemporary fiction and will reflect her diversity as a writer in other genres. When Venessa is not writing, she is keeping active with her husband and three children, chauffeuring said children to extracurricular activities, participating in charitable 5k and 10k races(crazy...but she loves to run), catching a movie with her hubby, and staying up way too late reading.
Pinterest: http://pinterest.com/venessakimball/
Facebook pages:
http://www.facebook.com/VenessaKimbal...
Twitter: https://twitter.com/VenessaKimball7