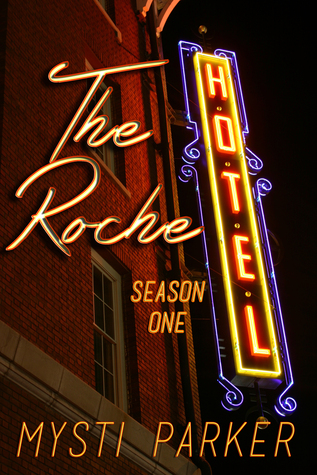 After her husband ditches her for a blonde actress wannabe, Jane Seymour needs a job that pays the rent. The struggling Roche Hotel needs a miracle. With the former owner's wife butting her nose into the renovations and new owners who are in way over their heads, Jane may be the answer to their prayers. Sure, she can handle The Roche Hotel's quirky staff. But, can this skittish divorcee keep it all together when handsome Henry the Donut Guy makes his first delivery? This collection of serial fiction stories is a Tudorific romantic comedy that will leave you laughing out loud and hungry for more.

About this author
***My mantra: I believe authors and readers alike should be treated with respect. I highly admire and appreciate those who are genuinely interested in reading my work, even if it's not their cup of tea. I have never, nor will ever, criticize an actual reviewer for a negative review. I have never, nor will ever, rate a book I haven't read. I do not appreciate those who use ratings/reviews as a means of spite and disrespect. I am saddened by those who feel differently.***

Mysti Parker (pseudonym) is a full time wife, mother of three, and a writer. Her first novel, A Ranger's Tale was published in January, 2011 by Melange Books, and the second in the fantasy romance series, Serenya's Song, was published in April 2012. The highly anticipated third book, Hearts in Exile, came out in June 2013. The Tallenmere series has been likened to Terry Goodkind's 'Sword of Truth' series, but is probably closer to a spicy cross between Tolkien and Mercedes Lackey.

Mysti's other writings have appeared in the anthologies Hearts of Tomorrow, Christmas Lites, and Christmas Lites II. Her flash fiction has appeared on the online magazine EveryDayFiction. She serves as a class mentor in Writers Village University's seven week online course, F2K. Currently, she's working on her first historical romance and has two children's books in the hands of a hard-working agent.

When she's not writing, Mysti reviews books for SQ Magazine, an online specfic publication, and is the proud owner of Unwritten, a blog voted #3 for eCollegeFinder's Top Writing Blogs award. She resides in Buckner, KY with her husband and three children.