See more about
THE WEEKENDERS

Some people stay all summer long on the idyllic island of Belle Isle, North Carolina. Others come only for the weekends-and the mix between the regulars and “the weekenders” can sometimes make the sparks fly. Riley Griggs has a season of good times with friends and family ahead of her on Belle Isle when things take an unexpected turn. While waiting for her husband to arrive on the ferry one Friday afternoon, Riley is confronted by a process server who thrusts papers into her hand. And her husband is nowhere to be found.
So she turns to her island friends for help and support, but it turns out that each of them has their own secrets, and the clock is ticking as the mystery deepens...in a murderous way. Cocktail parties aside, Riley must find a way to investigate the secrets of Belle Island, the husband she might not really know, and the summer that could change everything.
Told with Mary Kay Andrews’ trademark blend of humor and warmth, and with characters and a setting that you can’t help but fall for, The Weekenders is the perfect summer escape.

Greer Hennessy is a struggling movie location scout. Her last location shoot ended in disaster when a film crew destroyed property on an avocado grove. And Greer ended up with the blame.
Now Greer has been given one more chance-a shot at finding the perfect undiscovered beach town for a big budget movie. She zeroes in on a sleepy Florida panhandle town. There’s one motel, a marina, a long stretch of pristine beach and an old fishing pier with a community casino—which will be perfect for the film’s climax—when the bad guys blow it up in an all-out assault on the townspeople.
Greer slips into town and is ecstatic to find the last unspoilt patch of the Florida gulf coast. She takes a room at the only motel in town, and starts working her charm. However, she finds a formidable obstacle in the town mayor, Eben Thinadeaux. Eben is a born-again environmentalist who’s seen huge damage done to the town by a huge paper company. The bay has only recently been re-born, a fishing industry has sprung up, and Eben has no intention of letting anybody screw with his town again. The only problem is that he finds Greer way too attractive for his own good, and knows that her motivation is in direct conflict with his.
Will true love find a foothold in this small beach town before it’s too late and disaster strikes? Told with Mary Kay Andrews inimitable wit and charm, Beach Town is this year’s summer beach read!

The New York Times bestselling author of Summer Rental delivers her delicious new escapist novel about small towns, old flames, and deep secrets
Annajane Hudgens truly believes she is over her ex-husband, Mason Bayless.  They’ve been divorced for four years, she’s engaged to a new, terrific guy, and she’s ready to leave the small town where she and Mason had so much history.  She is so over Mason that she has absolutely no problem attending his wedding to the beautiful, intelligent, delightful Celia.  But when fate intervenes and the wedding is called to a halt as the bride is literally walking down the aisle, Annajane begins to realize that maybe she’s been given a second chance.  Maybe everything happens for a reason.  And maybe, just maybe, she wants Mason back.  But there are secrets afoot in this small southern town.  On the peaceful surface of Hideaway Lake, Annajane discovers that the past is never really gone.  Even if there are people determined to keep Annajane from getting what she wants, happiness might be hers for the taking, and the life she once had with Mason in this sleepy lake town might be in her future.

A former reporter for The Atlanta Journal-Constitution, she wrote ten critically acclaimed mysteries, including the Callahan Garrity mystery series, under her “real” name, which is Kathy Hogan Trocheck. Her mysteries have been nominated for the Edgar, Anthony, Agatha and Macavity Awards.
A native of St. Petersburg, Florida (and a diplomate of the Maas Bros. Department Store School of Charm), she started her professional journalism career in Savannah, Georgia, where she covered the real-life murder trials which were the basis of MIDNIGHT IN THE GARDEN OF GOOD AND EVIL.
As a lifelong “junker” the author claims to know the location of every promising thrift store, flea market and junkpile in the Southeastern United States, plus many parts of Ohio.
She has a B.A. in newspaper journalism from The University of Georgia (go Dawgs!), and is a frequent lecturer and writing teacher at workshops including Emory University, The University of Georgia’s Harriet Austin Writer’s Workshop, the Tennessee Mountain Writer’s Workshop and the Antioch Writer’s Workshop.
Married to her high school sweetheart, Tom, she has two adult children and two grandchildren. After a three-year hiatus in Raleigh, NC, she and her husband moved back to their old neighborhood in Atlanta. She also owns two restored beach cottages on Tybee Island, GA, both of which are named for fictional locations in her novels.
(FB, Twitter, IG, Pinterest, Website) 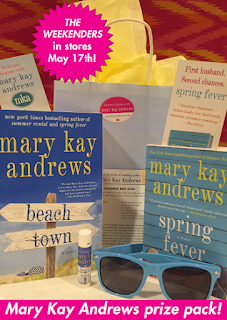