Highlight: No Dawn for Men: A Novel of Ian Fleming, J.R.R. Tolkien, and Nazi Germany by James LePore 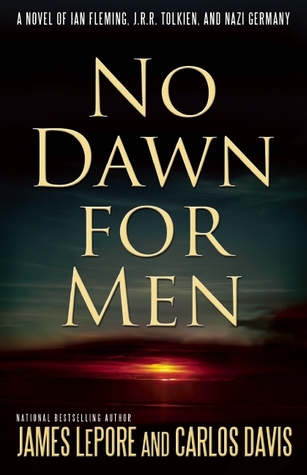 In 1938, Nazi Germany prepares to extend its reach far beyond its borders. The key to domination lies in a secret that would make their army not only unbeatable, but un-killable.MI-6, knowing that something potentially devastating is developing, recruits scholar and novelist John Ronald Reuel Tolkien to travel to Germany to find out what this might be, using the German popularity of his children’s novel THE HOBBIT as cover. Joining him there is MI-6 agent Ian Fleming, still years away from his own writing career but posing as a Reuters journalist. Together, Tolkien and Fleming will get to the heart of the secret and they will face a fury greater than even their prodigious imaginations considered possible.Both an astounding work of suspense and a literary treasure trove to delight fans of either author, NO DAWN FOR MEN is a nonstop adventure.

In 1999 I sold my law practice to write and take pictures full time. My photography can be seen atwww.nakedeyeimages.com. In 2008, I signed a four-book contract with The Story Plant, a small, agile publisher in Stamford, Connecticut. My first novel. 'A World I Never Made,' was released in April of 2009; the second, 'Blood of My Brother,' on December 25, 2010, and the third, 'Sons and Princes,' in April, 2011. Reviews are on my website, or just Google me. I have also written six short stories that stand alone as pieces of short fiction, but that are meant to accompany my first two novels. The first three of these was released in February, 2011, under the title, 'Anyone Can Die.'