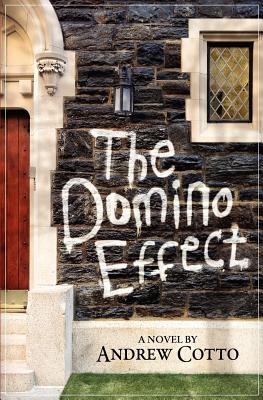 The Domino Effect is the story of Danny Rorro, a charismatic kid from Queens poisoned by the past. A series of painful defeats have left him scarred and isolated from his neighborhood, his parents, and, most significantly, the benevolent ways of his childhood when he was known as “Domino.” With great insight, imagery and wit, Danny recalls his past in Queens and his coming-of-age at Hamden Academy. This fast paced and powerful story is rich with conflict, humor, tenderness and music—just like life, especially when coming-of-age.

About this author
Andrew Cotto is a writer and teacher who lives in Brooklyn, NY. He is the author of two novels: The Domino Effect is an award winning coming-of-age story about a kid from Queens with a damaged past and a tenuous present at a boarding school in rural New Jersey; Outerborough Blues: A Brooklyn Mystery is an unconventional noir about a drifter seeking a missing person and a remedy to his family’s curse on the dawn of urban gentrification. His novels are represented by Dunow, Carlson and Lerner Literary Agency. Andrew’s articles have appeared in many national journals, including the New York Times, Men’s Journal, The Huffington Post, Salon.com, Deadspin, the Good Men Project and Teachers & Writers Magazine. Andrew has an MFA in Creative Writing from The New School.