Showcase: The Wilderness of Ruin: A Tale of Madness, Fire, and the Hunt for America's Youngest Serial Killer by Roseanne Montillo 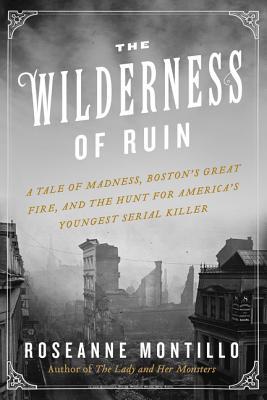 In late nineteenth-century Boston, home to Herman Melville and Oliver Wendell Holmes, a serial killer preying on children is running loose in the city--a wilderness of ruin caused by the Great Fire of 1872--in this literary historical crime thriller reminiscent of The Devil in the White City.

In the early 1870s, local children begin disappearing from the working-class neighborhoods of Boston. Several return home bloody and bruised after being tortured, while others never come back.

With the city on edge, authorities believe the abductions are the handiwork of a psychopath, until they discover that their killer--fourteen-year-old Jesse Pomeroy--is barely older than his victims. The criminal investigation that follows sparks a debate among the world's most revered medical minds, and will have a decades-long impact on the judicial system and medical consciousness.

The Wilderness of Ruin is a riveting tale of gruesome murder and depravity. At its heart is a great American city divided by class--a chasm that widens in the aftermath of the Great Fire of 1872. Roseanne Montillo brings Gilded Age Boston to glorious life--from the genteel cobblestone streets of Beacon Hill to the squalid, overcrowded tenements of Southie. Here, too, is the writer Herman Melville. Enthralled by the child killer's case, he enlists physician Oliver Wendell Holmes to help him understand how it might relate to his own mental instability.

With verve and historical detail, Roseanne Montillo explores this case that reverberated through all of Boston society in order to help us understand our modern hunger for the prurient and sensational.

The Wilderness of Ruin features more than a dozen black-and-white photographs. 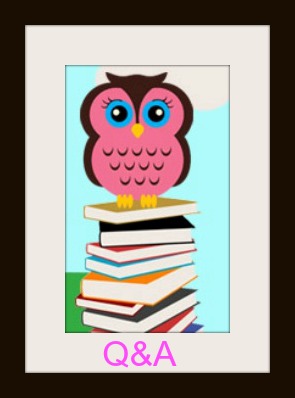 Q: What inspires your writing?
A: Great characters that have a story to tell inspire my writing.  I love to learn about them, to discover their deeds, to learn about their lives and the time period they lived in, the history that surrounded them, the impact they had on the world at large, and others.  It is like being a detective, in a small way, that is.

Q: What is the toughest part of being a writer?
A: the toughest part is getting caught up into a character’s life and situation and then realizing that there is not enough material to tell his or her story.  That perhaps they did not leave behind enough clues to be able to make an accurate portrait of them.  That all I can find is gossip and speculation but nothing concrete.  Or that perhaps others may not find that person’s life as fascinating as I do.  It is heartbreaking!

Q: What book are you reading now?
A: I’m reading The Boys in the Boat, by Daniel James brown.  It is fascinating.

Q: Anything you want to say to followers of this blog or those that are just stopping by?
A: History is fascinating.  People have misconception about reading a historical book because they think it will be dry and somewhat boring, but I try my best not only to inform but also to entertain.  What people will do to each other is often more riveting than anything fiction can come up, so, whether mine or someone else’s, allow yourself to be swept away by a good nonfiction narrative book, and enjoy the ride.