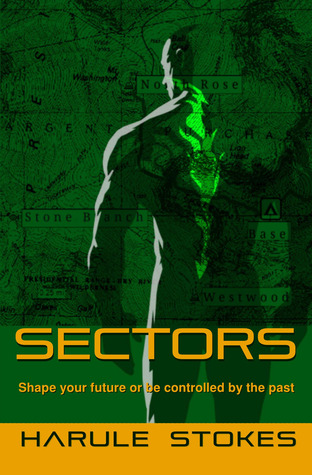 A murder has been committed in Westwood. Joseph Marshall, a newly graduated NextGen operative is sent to investigate the only suspect - one of the last remaining Fallen. Will he live long enough to solve the murder or die by the hands of one of the most powerful living weapons ever created? During the Great War, the Northern Alliance was losing ground to its southern neighbor, Keynosa. The Keynosians were a people whose entire society was built around the manipulation of plant life. Unable to stem the overwhelming power of the Keynosian’s greatest weapon, the empowered soldier, the North made a desperate gamble, to create their own empowered. Thousands of volunteers offered their lives to the experiment in a process called The Sacrifice. From those thousands who gave themselves for their country, only a few hundred emerged, changed. They became the Fingers of God, the world’s most powerful living weapons. With the war over, these heroes, having fought and killed for their country, could not maintain their grip on reality. The process that created them corroded their minds, and they were given the moniker of Fallen. Their legacy continues on in their children, the NextGen. Now more than 70 years after the war's end, the threat of the Keynosian remains. The progeny of the Fallen are tasked with securing a massive series of concentration camps called the Sectors. Constructed after the Great War, the Sectors hold the surviving Keynosian people and their living weapons, the empowered. With the Fallen lost, what can the Northern Alliance do to contain this threat? Their solution is the Peacemaker collar. A thin ring of metal, it gives a steady dose of a powerful drug that inhibits the potential of the empowered, but also rots the mind of the wearer. In a world where morality is thrown to the wayside for the sake of security and the only path you can take are the one’s provided to you, is there a place where a young man can rise above it all?

Growing up in Crown Heights, Brooklyn NY, Harule Stokes has seen his share of violence and drug abuse. But, armed with the knowledge of his elders, a faithful father and a strong spiritual base, Harule was able to make his way out of an assuredly dark existence and into a life of positive possibilities.
Today, married to his wonderful wife and supported by close friends, Harule is not only able to draw upon his past but to also add a new way of thinking that's both positive and uplifting. What you'll find in his work, is a wonderfully vibrant reflection of the beauty and tragedy of his youth that's current and needed for today's society.