I am very excited to share with you information on Laurel Saville's historical novel, Henry and Rachel, which was released on October 15, 2013. What makes the book uniquely fascinating is not only the narrative itself, but the true history of how it came to be written and the real family secrets it holds. 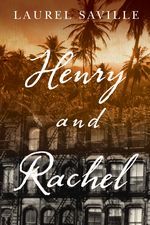 Henry and Rachel is a densely plotted family saga set in the West Indies and New York in the early 20th century. The book weaves together the narratives of eight beguilingly flawed characters, nearly all of whom were plucked from the author’s own family tree. In this mesmerizing story, Saville explores a wife’s decision to abandon her husband and flee their West Indies home with four of their five children. What follows unravels complex themes of female subjugation and marital discord supplemented by actual letters Saville uncovered between her family members.

Growing up, Saville heard stories about her great grandparents, mostly of Rachel; however, she never knew the whole truth behind her great-grandmother’s mysterious disappearance. Saville’s own mother was murdered in Los Angeles when the author was 20 years old, and the tragic event prompted Saville’s brother to send her a box of inherited family mementos. Inside, she would discover the letters that inspired her newest novel. Upon realizing that she and Rachel also shared a birthday, Saville knew Henry and Rachel would be her next piece of literary work.

This is Saville’s personal investigation to imagine what might have occurred between her great grandparents all those years ago, and how their experience shaped not only their lives, but ultimately, her own.

Written with the same intrigue, mystery and touching personal reflection that made Saville’s memoir, Unraveling Anne, so compelling, Henry and Rachel proves why Saville is such a promising new author in the genre.

Hope you will check this out!  Enjoy!!! 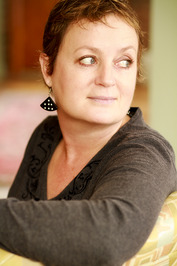 Laurel Saville is the author of the novel "Henry and Rachel," the memoir "Unraveling Anne" and several other books, as well as numerous articles, essays, and short stories, which have appeared in The Bark, The Bennington Review, House Beautiful, the LA Times Magazine, NYTimes.com, Room and many other publications. Laurel has an MFA from the Writing Seminars at Bennington College.