BLOG TOUR: ON THE ISLAND by Tracey Garvis Graves

MMB: Congratulations on the success of ON THE ISLAND. How have things changed for you since moving from self-published to traditional?

TGG:  Things have changed quite a bit, actually. As a self-published author I had been used to making all the decisions. When I signed on with Penguin I suddenly had all these resources that I wasn’t accustomed to having access to. It was wonderful! I was also able to fulfill a life-long dream of seeing my novel on bookstore shelves. As a self-published author, there was no way for me to accomplish that.  On the Island had been available as a print-on-demand book via Amazon, but it’s not the same thing as walking into Target and Barnes & Noble like I did on my release day. Seeing my beautiful cover on display was surreal.

MMB:  You long time fans are beyond happy that others are reading this book. But, there are still some people when reading the description that are leery due the teacher/student aspect. What would you like to say to help readers understand this isn’t a creepy book?

TGG:  I totally understand the apprehension, I really do. It’s hard to tell from the blurb that the book, with epilogue, spans 8 years. I think the initial reaction from some readers is that the romance between Anna and T.J. takes place immediately, which is doesn’t. They see ’thirty-year-old teacher and sixteen-year-old student’ and think: whoa. I don’t want to read this. But I can’t stress enough that the relationship between Anna and T.J. develops very slowly. There is no insta-love in On the Island. And Anna and T.J. love each other as friends and companions before they love each other romantically.

MMB:  What has been the best part of this ON THE ISLAND journey for you?

TGG:  The readers! I have been blown away by their support; I’ve received messages that have literally had me bawling. I have met so many wonderful people (some of them who live across the world), and I’m so excited that, because of the Internet, I can interact with them with a click of the mouse. There are so many readers that I have a relationship with now that I wouldn’t have had a chance to meet otherwise.

MMB:  What is up next for you?

TGG:  I’m hard at work on my next book. The title is Covet and it’s women’s fiction instead of contemporary romance. I’m so excited to share this story with my readers, and I think the subject matter (married couple struggling in the midst of the recession) will resonate with my female audience. There’s a lot of romance, some heartache, and a whole bunch of forgiveness; it’s another love story but have your Kleenex box nearby.

Anna Emerson is a thirty-year-old English teacher desperately in need of adventure. Beautiful and energetic, she has become worn down by the coldChicagowinters and a relationship that’s going nowhere. Needing escape and possibly adventure, she jumps at the chance to spend the summer on a tropical island tutoring sixteen-year-old T.J. 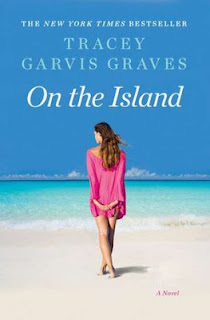 T.J. Callahan has no desire to go anywhere, not that anyone asked him. His cancer is in remission and he wants to get back to his normal life. But his parents are insisting he spend the summer in theMaldives, catching up on all the school he missed last year, instead of his social life.
When the unlikely pair board a private plane headed to the Callahan’s summer home, they have no idea their lives are about to change forever. As they fly over theMaldives’ twelve hundred islands, the unthinkable happens. Their pilot has a heart attack mid-air and their plane crashes in shark-infested waters. Somehow, they make it to shore alive, but only to discover that they’re stranded on an uninhabited island with little aside from the clothes on their backs.
At first, their only thought is survival. But as the days turn to weeks, and then months, the castaways encounter many obstacles, including violent tropical storms, the many dangers lurking in the sea, and the looming possibility that T.J.’s cancer could return.
Their bond grows along with their passing birthdays, and Anna begins to wonder if the biggest challenge of all might be living with a boy who is gradually becoming a man.

Thank you for participating in the ON THE ISLAND Event! This week in addition to reviews and posts, select blogs are hosting a word from the author's favorite quotes in the book as a Scavenger Hunt! There is one quote from Anna and one from T.J. Visit each stop this week to find the hidden words (they will be numbered for order) and after July 22nd submit your answer to the quotes here! Random winners for books and swag will be chosen and notified by July 29th.


Also, next week July 23-27, there will be even more events and chances to win the book and swag! 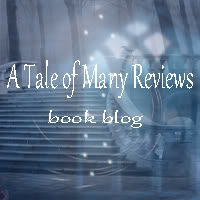