Anita Hughes is well known her for her exquisite beach reads set in exotic places around the world – Rome, Majorca, Santorini, just to name a few. For the very first time, she takes readers on a different kind of journey, setting her story at Christmastime in one of the most romantic cities in Europe. The first holiday book from Anita Hughes, Christmas in Parisis a moving and heartwarming story about trust love, and self-discovery. Isabel Lawson finds herself in Paris on what was supposed to be her honeymoon. After calling off her wedding, Isabel must reevaluate everything she thought was important. Hughes will fill your hearts the sights, sounds, and flavors of new love, glamorous fashion, and decadent holiday cuisine.


About the Book
Isabel Lawson is standing on the balcony of her suite at the Hotel Crillon as she gazes at the twinkling lights of the Champs Elysee and wonders if she’s made a terrible mistake. She was supposed to be visiting the Christmas tree in the Place de la Concorde, and eating escargots and macaroons with her new husband on their honeymoon. But a week before the wedding, she called it off. Isabel is an ambitious Philadelphia finance woman, and Neil suddenly decided to take over his grandparents’ farm. Isabel wasn’t ready to trade her briefcase for a pair of rubber boots and a saddle.

When Neil suggested she use their honeymoon tickets for herself, she thought it would give her a chance to clear her head. That is until she locks herself out on the balcony in the middle of winter. Thankfully her neighbor Alec, a French children’s illustrator, comes to her rescue. He too is nursing a broken heart at the Crillon for the holidays. With a new friend by her side, Isabel is determined to use her time in the city of lights wisely. After a chance encounter with a fortune teller and a close call with a taxi, she starts to question everything she thought was important.

Christmas in Paris is a moving and heartwarming story about love, trust, and self-discovery. Set during the most magical week of the year, the glorious foods and fashions of the most romantic city in the world are sure to take your breath away. 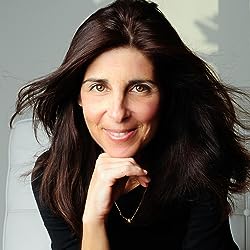 ABOUT THE AUTHOR
ANITA HUGHES is also the author of Santorini Sunsets, Island in the Sea, Rome in Love, French Coast, Lake Como, Monarch Beach, and Market Street. She attended UC Berkeley's Masters in Creative Writing Program. Hughes lives in Dana Point, California, where she is at work on her next novel.