Book 5 of 5 in the Memory House Series

WINNER 2017 NEXT GENERATION BOOK AWARD...A family saga about picking up the pieces of a broken life and allowing your heart to love again.
When Drew's wife is killed he is left with a traumatized daughter and an almost impossible work schedule. Trying his best to simply hang onto his sanity and his job, he is at a loss when Brooke claims the man who murdered her mama is coming back for her.
He needs a miracle, the kind of miracle that comes from the silver threads that connect one stranger to another. When a small stone of happiness is dropped onto his scale of life, Drew is offered a job transfer that brings him and his daughter to Burnsville.
During their stay at Memory House, Brooke meets a new friend and learns to overcome her fear. This new friend just might be able to turn Drew's life around, that is if he's willing to make time enough to meet her.
A family saga that touches the heart and brings back some of the Memory House reader's favorite characters.

#FirstLine ~ On the day Jennifer Green was born, a pile of stones was placed alongside her scale of life.

This book was so very good.  Crosby has an amazing way of developing her characters.  You cannot help but be moved by their stories, their struggles and their accomplishments.  You are brought into the lives of characters , some are new and some you have seen before from previous books in this series.  There is nothing but heart in this book.  You are left feeling satisfied by the bits of magic and faith that are sprinkled in the pages.  A great and fulfilling read.

Book 5 of 5 in the Wyattsville Series

From an award-winning USA TODAY Bestselling Author...a soulful Southern saga about a perfect family in an imperfect world...


Laura Wilkes has everything a woman could want when she snaps the picture of her five-year-old daughter on the carousel. Each time the carousel comes around Laura snaps another picture, seven in all. This is a day of unforgettable happiness; one of the few Laura has left.
In the months following the stock market crash the family is beset by tragedy. A homicide that goes unpunished. It's the height of the depression and there are hoards of faceless, nameless men living in train yards and back alleys. The murderer is never caught but the family never gives up hope of finding him.
Now twenty-five years later, Laura's daughter has fallen in love with a policeman. Jack Mahoney is a rookie with little or no power, but he's the one, the only one, who can deliver the justice the family has long awaited.
In a heartwarming family saga that stretches across three generations, and brings back Wyattsville's favorite detective, readers will get to know Jack Mahoney as a young man about to fall in love.

#FirstLine ~ They say that every man has a story to tell, and I believe this to be true.

When somebody you love dies, you are forced to go on living...having to deal with the loss.  This story highlights all the emotions that go along with loss, tragedy and family...all tied up together.  With the tone and pace we come to love Crosby delivers another amazing story that is as much character drive as it is story driven.  Another hit! 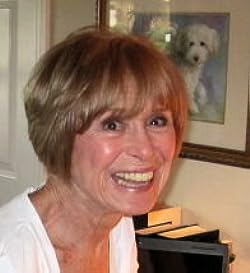 USA Today Bestselling and Award-winning novelist Bette Lee Crosby's books have been southern fiction, historical fiction, and women's fiction bestsellers.Midwest book review describes her books as "Well-crafted storytelling populated by memorable characters caught up in equally memorable circumstances."The Seattle Post Intelligencer says Crosby's writing is, "A quirky mix of Southern flair, serious thoughts about important things in life and madcap adventures."Samantha from Reader's Favorite raves, "Crosby writes the type of book you can't stop thinking about long after you put it down." "Storytelling is in my blood," Crosby laughingly admits, My mom was not a writer, but she was a captivating storyteller, so I find myself using bits and pieces of her voice in most everything I write.It is the wit and wisdom of that Southern Mama Crosby brings to her works of fiction; the result is a delightful blend of humor, mystery and romance along with a cast of quirky charters who will steal your heart away. Her work was first recognized in 2006 when she received The National League of American Pen Women Award for a then unpublished manuscript. She has since gone on to win over twenty awards for her work including: The Royal Palm Literary Award, the FPA President's Book Award Gold Medal, Reader's Favorite Award Gold Medal, In'DTale RONE Award Winner, and the Reviewer's Choice Award.Crosby's published works to date are: Beyond the Carousel (2017), Silver Threads (2016), The Regrets of Cyrus Dodd (2016), Baby Girl (2016), What the Heart Remembers (2015), The Loft (2015), Memory House (2015), Passing through Perfect (2015), Wishing for Wonderful (2014), Blueberry Hill (2014), Previously Loved Treasures (2014), Jubilee's Journey (2013), What Matters Most (2013), The Twelfth Child (2012), Life in the Land of IS (2012), Cracks in the Sidewalk (2011), Spare Change (2011).