Highlight Round-Up: House of Jaguar by Mike Bond and Out of Practice Aphrodite (Book 1 of The Naughty Goddess Chronicles) by S.E. Babin

Praise for House of Jaguar

“The climax is the most horrifying I have ever read.” – Liverpool Daily Post

“A thoroughly amazing book…Memorable, an extraordinary story that speaks from and to the heart… a terrifying depiction of one man’s battle against the CIA and Latin American death squads.” – BBC


“A riveting thriller of murder, politics, and lies.”
– London Broadcasting

“House of Jaguar is based upon Bond’s own experiences in Guatemala. With detailed descriptions of actual jungle battles and manhunts, vanishing rain forests and the ferocity of guerrilla war, House of Jaguar also reveals the CIA’s role in both death squads and drug running, twin scourges of Central America.” – Newton Chronicle

Shot down over the jungle with a planeload of marijuana, Vietnam War hero Joe Murphy gets caught up in the brutal Guatemalan Civil War when he witnesses an attack on a Mayan village by the Guatemalan Army and its CIA "advisors." Badly injured, he esxapes on a nightmare trek through the jungle, haunted by the Army, the CIA and death squads.
Healed by guerrilla doctor Dona Villalobos, he falls in love with her and tries to save her from the War's widerning horror of insanity, tragedy and death. Caught in the curcible of violence and love, he learns the peaks and depths the human heart can reach, and what humans will do for, and to, each other.
Based on the author's own experiences as one of the last foreign correspondents left alive in Guatemala after over 100 journalists had been killed by Army death squads.

MIKE BOND has been called the “master of the existential thriller” by the BBC and “one of the 21st century’s most exciting authors” by the Washington Times. He is a bestselling novelist, environmental activist, international energy expert, war and human rights correspondent and award-winning poet who has lived and worked in many remote, dangerous parts of the world. His critically acclaimed novels depict the innate hunger of the human heart for what is good, the intense joys of love, the terror and fury of battle, the sinister conspiracies of international politics and multinational corporations, and the beauty of the vanishing natural world.

Out of Practice Aphrodite (Book 1 of The Naughty Goddess Chronicles) 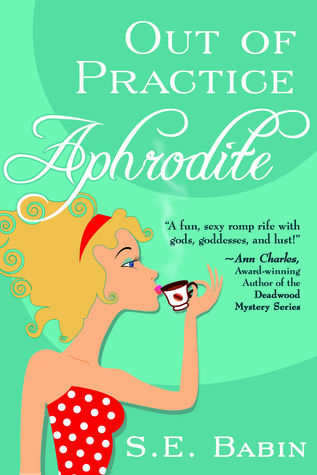 Abby’s major screw-up brings the wrath of Zeus upon her head. He offers her a choice—work for him or spend the rest of her days hanging out in Hades with her ex-husband. For Abby, this choice is a no-brainer, especially when Zeus says the only thing he wants her to do is make a love match. She’s the Goddess of Love. What could go wrong?