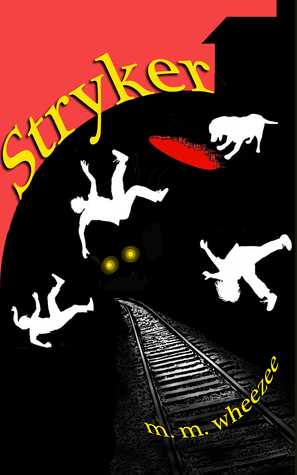 Since his mom died a few years ago, Harold Stryker, just a boy of 12, has been following her instructions:
He lives all alone, in secret, in his house outside Los Angeles.
He avoids, as best as he can, other kids—and certainly grown-ups.
He keeps only his huge, gassy dog and his collection of power tools for company.
But he's okay with all that. Until the big night of the little earthquake. And his plunge into a dangerous forgotten tunnel beneath his dining room floor. And his encounter with the sweet, terrifying girl baseball star named Tien Tang (aka TNT, aka “T”), and the compulsive, camo-suited, overweight force of nature known officially as Bella but universally as Blunt. They push and pull him through an underground adventure with a bullying science teacher, a tasteless chef, a greedy criminal, hairy tarantulas (live), sabertooth cats (long dead), a sweet guy who only looks bad, an aunt who's not related to her nephew, smelly mushrooms, old trolley cars, new subways, and a baker's dozen of illegal Asian immigrants who need to be rescued from a life of slavery in a California ghost town. Harold Stryker is okay with all that too. But those two girls are now his friends. And that has him shaking.

Stryker is a funny, scary adventure story for middle graders, filled with unforgettable characters and at least one wholly unnecessary plug for pasta with peanut sauce.

M. M. Wheezee is actually two people: Mark Wheeler is a senior media relations officer for the UCLA Health System where he writes about science and healthcare and daydreams about tunnels (yes, there are tunnels in Stryker. Lots of tunnels). Earlier he was the editor of that university's alumni magazine, and a freelance writer for the likes of Smithsonian and Discover magazines. He was also a senior editor at Discover, where he met and reported to Marc Zabludoff, now his co-author.
Marc Zabludoff has wandered through several careers, with artist, teacher, and cook being among the more interesting. For more than a decade he was the top editor at Discover, a publication dedicated to communicating science to a mass audience of self-defined adults. (It was there that he recognized the peculiar talents of Mark Wheeler and assigned him the role of chief humor writer.) For a similar but more discerning audience of children, he has written a small pile of allegedly educational books, many of them focused on creatures with tusks, fangs, or way too many legs.