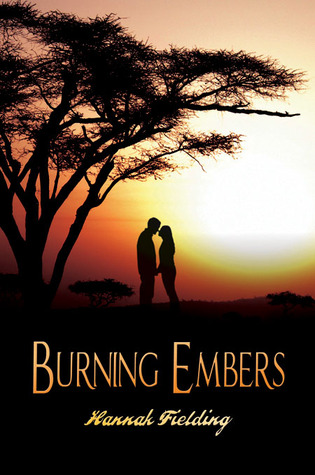 Coral Sinclair is a beautiful but naive twenty-five-year-old photographer who has just lost her father. She's leaving the life she's known and traveling to Kenya to take ownership of her inheritance--the plantation that was her childhood home--Mpingo. On the voyage from England, Coral meets an enigmatic stranger to whom she has a mystifying attraction. She sees him again days later on the beach near Mpingo, but Coral's childhood nanny tells her the man is not to be trusted. It is rumored that Rafe de Monfort, owner of a neighboring plantation and a nightclub, is a notorious womanizer having an affair with her stepmother, which may have contributed to her father's death.
Circumstance confirms Coral's worst suspicions, but when Rafe's life is in danger she is driven to make peace. A tentative romance blossoms amidst a meddling ex-fiancé, a jealous stepmother, a car accident, and the dangerous wilderness of Africa. Is Rafe just toying with a young woman's affections? Is the notorious womanizer only after Coral's inheritance? Or does Rafe's troubled past color his every move, making him more vulnerable than Coral could ever imagine?
Set in 1970, this contemporary historical romance sends the seemingly doomed lovers down a destructive path wrought with greed, betrayal, revenge, passion, and love.

Hannah Fielding:  I grew up in a rambling house overlooking the Mediterranean. My earliest memories are of listening, enchanted, to fairy stories at the knee of my half-French half-Italian governess Zula. When I was seven we came to an agreement: for each story she told me, I would invent and relate one of my own. That is how my love for story-telling began.
Later, at a convent school, while French nuns endeavoured to teach me grammar, literature and maths, I took to day-dreaming and wrote short romantic stories to satisfy the needs of a fertile imagination. Having no inhibitions, I circulated them around the class, which made me very popular among my peers and less so with the nuns.
After I graduated with a BA in French literature, my international nomadic years commenced. I lived mainly in Switzerland, France and England, where I had friends and family, and during holidays I travelled to Mediterranean countries like Italy, Greece and Spain.
I met my husband in London at a drinks party: it was love at first sight, just like in the romance books that were my constant companions. He brought me to his large Georgian rectory in Kent, surrounded by grounds and forests. After my children were born, between being a mother and running a property business, there was little time for day dreaming, let alone writing.
Then, once my children had flown the nest, I decided after so many years of yearning to write, write, write it was time to dust off the old manuscripts I’d been tinkering with for a lifetime.
Today, I am living the dream: I write full time, splitting my time between my homes in Kent and in the South of France, where I dream up romances overlooking breathtaking views of the Mediterranean.
My first novel, Burning Embers, is a vivid, evocative love story set against the backdrop of tempestuous and wild Kenya of the 1970s, reviewed by one newspaper as ‘romance like Hollywood used to make’. My new novel, The Echoes of Love, is a story of passion, betrayal and intrigue set in the romantic and mysterious city of Venice and the beautiful landscape of Tuscany.