Highlight: From Kings Park to Omaha by Bobby Haney 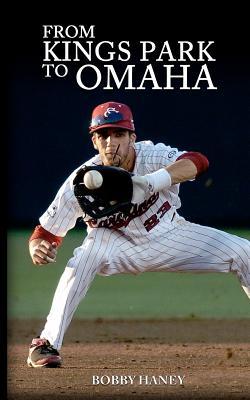 Like all kids who play baseball, Bobby Haney had a dream, and that dream was to be part of a national championship winning team, and more importantly, to spend his life playing baseball.  With the support of his family, friends and hometown, Bobby made it from high school to college,  where  he  would  become  a part  of  college  baseball  history.

In 2010, all 290-plus division I college baseball teams knew that they had one last chance to make it to Omaha, Nebraska and play in historical Rosenblatt Stadium before the College World Series was moved to a new stadium, TD Ameritrade Park in Omaha.  Only eight teams would go on to make it to Omaha, including the team Bobby played shortstop for, the South Carolina Gamecocks.  Prior to 2010, the Gamecocks never managed to win a national title in any major sport, so not only did the 2010 baseball team have a chance to make CWS history, they had the opportunity to make school history as well.

The South Carolina Gamecocks take their nickname from Thomas Sumter, a notable figure and war hero in South Carolina history.  Sumter was given the nickname for his fighting techniques and tendency to never back down.  Bobby Haney and the 2010 South Carolina Gamecocks baseball team epitomized that nickname.  When they found themselves with a loss in their first game in Omaha and one loss away from being sent home, they went on to win six straight games, securing their spot in college baseball history.

Today, Bobby is still playing the game he fell in love with as a kid, and is proof that with enough heart and determination, a childhood dream can be turned into reality.