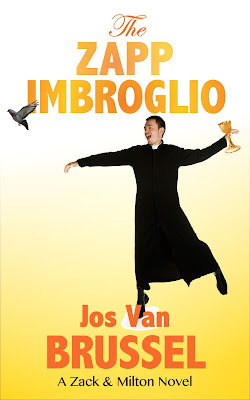 Blurb: Zack Zapp and Milton Burdass-Nuttall, two unemployed young poops, are tricked into signing up as priests by a fast-talking church recruiter, who forgot to mention priests don't date. Enjoying a night out on the town, they are secretly filmed kissing the same lemon-haired girl, the footage posted on her website. When Zack next falls in love with a British spy and Milton with a CIA operative, the two reluctant clerics set out on a mission to destroy the incriminating footage before they are revealed not only as men of the cloth but also libertines of the worst kind. Before long they are up to their clerical collars burgling bishops, blackmailing cardinals and even taking a crack at the papal safe.

The Zapp Imbroglio is a rollicking, frolicking screwball comedy and spy adventure caper introducing two delightful young chumps who have managed to turn landing themselves in the soup into an art form. In the great tradition of comedy duos like Laurel & Hardy, Jay & Silent Bob, Frost & Pegg and Lester Patel & Jeff Barnes now come Zack Zapp and Milton Burdass-Nuttall, the ultimate boobs. 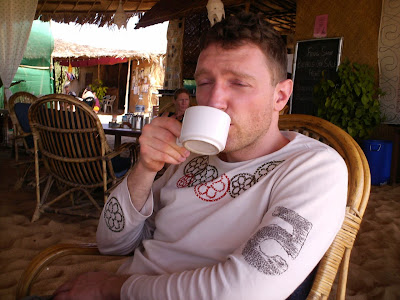 Bio: Ever since I was a kid I was bitten by the writing bug: at age 10 I decided--in a moment of either divine inspiration or extreme hubris--to become the next Agatha Christie--the male version, obviously. I got to the second page of my magnum opus when I realized: this stuff is pretty damn hard. And whodunit anyway?

It was the start of a long relationship with the muse: over the years I wrote articles for the school newspaper, a national newspaper, dabbled in poetry, launched a couple of websites, blogs, penned a couple of novels, a few short stories and labored over many a screenplay.

I started writing in earnest in 2004 and, after thumbing through about a hundred books on How to Write the Perfect Romance, How to Write the Perfect Thriller, How to Write the Perfect Mystery...  finally decided to have some fun and wrote the first Zapp book, a humorous novel.
By education I'm a political scientist and as you probably guessed from the name I was born and raised in Belgium, land of Tintin, JCVD, beer & chocolate, Bruges and the one and only Manneken Pis. I live in Ghent with my wife Anzhela and our chubby red cat Tommy.