#MMBBR #Highlight The Woman in the Photo: A Novel by @authorMaryHogan @WmMorrowBks 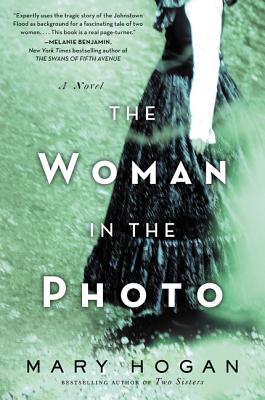 In this compulsively readable historical novel, from the author of the critically-acclaimed Two Sisters, comes the story of two young women—one in America’s Gilded Age, one in scrappy modern-day California—whose lives are linked by a single tragic afternoon in history.
1888: Elizabeth Haberlin, of the Pittsburgh Haberlins, spends every summer with her family on a beautiful lake in an exclusive club. Nestled in the Allegheny Mountains above the working class community of Johnstown, Pennsylvania, the private retreat is patronized by society’s elite. Elizabeth summers with Carnegies, Mellons, and Fricks, following the rigid etiquette of her class. But Elizabeth is blessed (cursed) with a mind of her own. Case in point: her friendship with Eugene Eggar, a Johnstown steel mill worker. And when Elizabeth discovers that the club’s poorly maintained dam is about to burst and send 20 million tons of water careening down the mountain, she risks all to warn Eugene and the townspeople in the lake’s deadly shadow.
Present day: On her 18th birthday, genetic information from Lee Parker’s closed adoption is unlocked. She also sees an old photograph of a genetic relative—a 19th century woman with hair and eyes likes hers—standing in a pile of rubble from an ecological disaster next to none other than Clara Barton, the founder of the American Red Cross. Determined to identify the woman in the photo and unearth the mystery of that captured moment, Lee digs into history. Her journey takes her from California to Johnstown, Pennsylvania, from her present financial woes to her past of privilege, from the daily grind to an epic disaster. Once Lee’s heroic DNA is revealed, will she decide to forge a new fate? 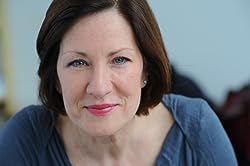 Though an Okie by birth, I grew up in Southern California in the era of baby oil tans. Except mine. Mine was a childhood of sunburns. And other red-faced events. Now, I live in the blessed shade of skyscrapers. New York City. Where I was meant to be all along.
At the risk of sounding bigheaded, I love GOOD books. I like to read writers who inspire me to read their sentences over and over just for the joy of it. You know that feeling? Like, wow, how did she think of that?
That said, I joined Goodreads because I'd become a genre snob. There are good Sci-fi novels, right? Historical? To my delight, I've found that to be true. As in life, when you open up, the world opens with you. Or so said Oprah. Before she abandoned us. :)
On a personal note, I am married to the man of my dreams. We share our home with the lovely Lucy, a Catahoula rescue dog who, frankly, isn't that into us. In another life, she was Greta Garbo. When I smother her with kisses she literally rolls her doggy eyes.
Professionally, I'm the author of nine novels. Seven Young Adult novel (HarperCollins), one bestselling mainstream book (TWO SISTERS) and an upcoming historical novel called THE WOMAN IN THE PHOTO (pub: Summer 2016, William Morrow). Goodreads helped me open up to WRITING in new genres, too. Thank you!!
TWO SISTERS is a very personal book for me. It was inspired by my own sister, Diane, who passed away in 2010. TWO SISTERS is the book that emerged as I struggled to understand why my sister died the way she did. It's a story about secrets and how they can disintegrate a family.
For another VERY personal story, I wrote an article about my mom's last days for Woman's Day magazine. If you've gone through your mom's passing, or soon will, you may relate. (If you feel like reading it, I posted the link on my website maryhogan.com)
I swear it's all true.
Finally, I truly appreciate all the friends I've made online. Thank you for not shunning me because I'm an author! Goodreads is my water cooler. See you at the next coffee break...