An interactive photo book that exposes the innermost thoughts of animals, birds, bugs, butterflies, and frogs. Designed to induce laughter and thwart constipation. No commode should be without a copy. 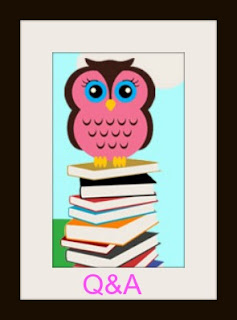 Q.  What inspires your writing?
A. The protestant work ethic, weird dreams, fear of not writing, strong spirits, and the joy of completion.

Q.  What is your favorite thing about being a writer?
A.  Unlocking the lost and semi-forgotten thoughts and ideas that my characters elicit from my subconscious. It’s a trip! I never know, when I begin to write a scene that I’ve blocked out, what my characters will say or do.

Q.  What is the toughest part of being a writer?
A.  Rejection and hurt feelings.

Q.  If you could not be writer, what would you do/be?
A.  I guess I would be an international attorney again.

Q.  What would the story of your life be entitled?
A.  Lucky Rolf

Q.  What is your favorite book of all time?
A.  Anything by Shakespeare.

Q.  Which character from ANY book are you most like?
A.  Captain Ahab in Moby Dick, except I don’t die at sea. Were it a movie, I would definitely be Indiana Jones, only better looking.

Q.  What character from all of your book are you most like?
A.  Wylie Cypher, the (anti) hero in Public Information, Master Gardener, and High Andes, except that I have always been happily married to my first wife, always joyful at being a lawyer, and never had my little toe cut off while being tortured.

Q.  Which book would you love to take a weekend vacation inside of?
A.  The Conquest of the Incas

Q.  What is your favorite season?
A.  Late spring

Q.  What inspired your book cover(s)?  Or what is your favorite book cover and why?
A.  As a former pro photographer, the graphic image for a cover just seems to materialize as I write the story. For example, I photographed my son-ion-law standing in a cornfield for the cover of Master Gardener, and my designer created a cloud that looked like an ear of corn and turned some of the leaves gold. That’s the image I had in mind.

Q.  Tell me something funny that happened while on a book tour or while promoting your book.
A.  I discovered that I actually had fans!

Q.  Are you working on something new?
A. Yes, my forth novel is a political satire called National Parks. It takes place in the near future when Congress through inaction has almost bankrupt the country and plans to balance the budget by selling off the national parks. Sort of Catch 22 meets 1984. It should be published next spring.

Q.  Anything you want to say to followers of this blog?
A. The Commode Companion is a bit of fun literary fluff, the making of which filled dark winter days when I was discouraged with my “serious” writing. The picture book is very different from my other writings. My first novel, Public Information is about a kid in the Korean War and became a best seller on Amazon. Master Gardener is serious but funny about genetically altered seeds and their effect on the environment. High Andes is an adventure/thriller set in the mountains of Peru in the early 80’s. Combat, torture, political intrigue, the CIA, a death-defying dash across the Cordillera Blanca, and other stuff. If you like The Commode Companion, try Master Gardener. Not to say, of course, that my other stuff isn’t great, too.