Amy's review of A GIRL LIKE YOU by Maureen Lindley

Publication Date: June 4, 2013
In the 1930s and '40s in Angelina, California, Satomi is the only girl with one white parent and one Japanese parent. There are Japanese families, but Satomi is neither a part of the white community nor the Japanese one. She is "other" to both. Things get worse for Satomi--and all people with even a drop of Japanese blood--when Japan poses a threat to the United States. Her father joins the Navy, in part to fight for his country, and in part to protect his wife and daughter from racist citizens, but dies in the bombing of Pearl Harbor. Rather than being celebrated as a hero, his death is ignored by the neighbors who shun Satomi and her mother. Shortly thereafter, they are taken to internment camps where they are treated like animals. Satomi's sudden loss of freedom is a terrible thing to bear, and she is disgusted by the utter lack of privacy, the open latrines, the sewage that runs behind their barrack, and the poorly built hovels that allow stinging dirt and dust to enter during frequent storms. But in the camp she finds a community for the first time. Not all of the Japanese residents welcome her, but Satomi and her mother find good friends in the family housed next to them in the barracks, and in the camp doctor, who is drawn to Satomi's spirit and her mother's grace. Satomi cares for Cora, one of the young orphans at the camp, as a daughter. Throughout it all, Satomi yearns for love. When she is finally freed from the internment camp, she heads east, finding a job, a shabby room, and several suitors in New York. There are men who would make her life easier, those who would take care of her, but Satomi insists on love--and finds it, in unexpected places. 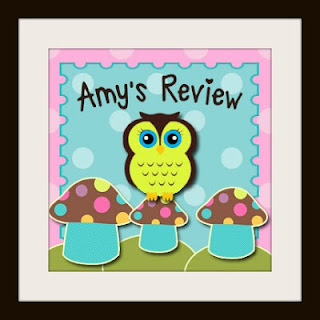 This is the story about a Japanese mother named Tamura and an American father named Aaron during  World War II.  The daughter Satomi isn’t sure where she belongs as she feels she is not American and not Japanese.  She has trouble in school with friends and her dad wished she was a boy so she could help and contribute to the family farm.

Aaron decides to join the Navy and is sent to Pearl Harbor where he dies during an attach.  The government turns on Tamura and Satomi forcing them to leave their home, taking all their money and possessions and sending them to an internment camp.

During this time Satomi comes to embrace her Japanese culture.  This is a story or love and loss Tamura and Satomi face.  The author makes you feel as if you are part of this story and you cannot put it down because you have to find out how it ends.  I give this book 4 stars.