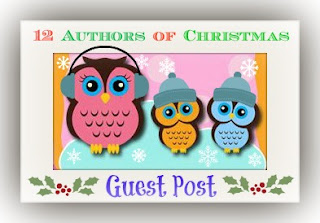 These Three Songs by Jess Riley
I thought I’d approach this post by writing about three of my Christmas memories, framed by related holiday songs.
“It’s a Marshmallow World”

When I was a kid, my 4-H club* went through an off-Broadway phase, performing song and dance routines anywhere our dear leader could book us a gig: Songs of the South (obviously, because we lived in Wisconsin), A Tribute to Victorian-Era Main Street (“By the light (by the light-by the light) of the silvery moon!”), and more Christmas caroling than you could shake a mall Santa’s peg leg at. Some of these performances occurred in my church rec center, which smelled of dirty gym socks and holy water (home, as it was, to Saturday morning CCD classes as well as weekend CYO basketball games). But most shows were booked at hot music venues like mental health hospitals or nursing homes.

I hold many treasured holiday memories from my childhood: sledding with friends, hot cocoa after school and the whole house smelling like pine and cinnamon, my mother’s almond spritz cookies. But somehow, “people with dementia cursing me out while I sing my solo from It’s A Marshmallow World” never quite made the list. It was like my own strange little indie movie, heartbreaking but also weirdly funny. Yet another moment in my life that contributed to my inability to write a heartwarming scene without inserting a sick joke about compression socks or bedazzled sweatshirts.

*Yes, I was in 4-H. Growing up in rural Wisconsin, it was pretty much mandatory, even if your family didn’t own a cow.

When I was in high school and college I worked part-time at KB Toys at the Fox River Mall. December, of course, was our busiest month. We opened earlier, closed later, and all the while, a loop of the same Christmas songs played again and again from the overhead speakers. Whoever designed the playlist has probably gone on to other noble, inspiring projects such as biological weapons development or spam campaigns, because these songs played every ten minutes:  “I Want a Hippopatumus for Christmas” sung by some annoying kid, “This Christmas” by Wham, “All I Want for Christmas (Is You)” by Mariah Carey, and the song that still makes me want to stab my eardrums with the sharp end of a large, used candy cane, “Step into Christmas” by Elton John.  My sincere apologies to those of you who enjoy these songs, but sweet baby Jesus away in a manger. A psychotherapist couldn’t have dreamed of a better form of aversion therapy—juxtaposing those songs against a horde of frenzied shoppers screaming at you with baloney breath because nobody in a hundred mile radius had Tickle-Me Elmo left in stock? It’s no wonder I still get red, welty hives when I set foot in any mall, instead finding refuge in local shops playing anything on:

Oh, sweet balm to my soul. I could play every single song over and over, and I do this time of year. While I wrap gifts, while I make cookies, while I write out my Christmas cards (I save the “Seasons Greetings!” and “Happy Holidays!” ones for my most religious relatives), while I burn candles designed to make my living room smell like Bob Cratchit’s house on Christmas morning, while I whip up a bucket of brandy slush to bring to my grandma’s house. It’s utterly perfect, utterly charming, utterly poignant. The song “Christmastime is Here” makes me well up and ache to be eight-years-old again, racing downstairs to open my homemade Cabbage Patch doll and dump the contents of my stocking onto the couch to see how many scratch-n-sniff stickers I’d be adding to my collection. (We’ll skip the part where my parents unwrapped the small gifts they’d tucked in one another’s stockings, because my Dad always gave my Mom racy underwear.  Ew.)

And on that sentimental note, Merry Christmas, everyone. I hope your holidays are full of love and wonder, miles away from any rendition of “Step into Christmas.”

~~~~~~~~~
Jess Riley is the author of Driving Sideways and All the Lonely People, which she wrote specifically for everyone who somehow felt they’d fit in better on the Island of Misfit Toys.

After losing her beloved mother to cancer, 37-year-old Jaime Collins must confront the ugly fact that she and her siblings don't actually like one another. At all. Fueled by grief and an epic argument at Thanksgiving dinner, Jaime decides to 'divorce' her siblings and posts an ad on Craigslist for a new family for Christmas.
What happens next is a heartwarming, funny, and surprising journey to forgiveness and healing. Is blood really thicker than water? And how far do we have to go to find our way back home again?
Dedicated to anyone who has ever wanted to unfriend a relative on Facebook, ALL THE LONELY PEOPLE is about family: those you make ... and those you make peace with. 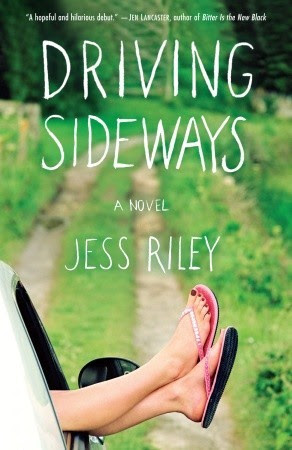 Leigh Fielding wants a life. Seriously. Having spent the past five years on dialysis, she has one simple wish: to make it to her thirtieth birthday. Now, thanks to the generosity of the late Larry Resnick and his transplanted kidney, it looks like her wish may come true.With her newfound vitality (and Larry’s kidney) in tow, Leigh hits the road for an excursion that will carry her from Wisconsin to California, with a few stops in between: Mount Rushmore, the Badlands, the Rockies, Las Vegas–and a memorable visit to thank Larry’s family for the second chance.Yet Leigh’s itinerary takes a sudden detour when she picks up a seventeen-year-old hitchhiker, Denise, a runaway with a bunch of stories and a couple of secrets. Add a long-lost mother, a loaded gun, an RV full of swingers, and Hall and Oates’s Greatest Hits to the mix, and Driving Sideways becomes a hilarious and original journey of friendship, hope, and discovery.