#MMBBR #Review Hello There, Do You Still Know Me? by @HelloThereLBA 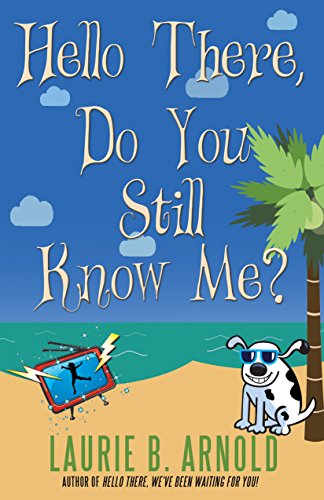 In this sequel to the popular kids novel, Hello There, We’ve Been Waiting For You!, it’s summertime and Madison McGee’s best friends, Violet and Noah, join her in Costa Rica, where she’s staying with Rosalie Claire. Their dreams of lazy sunny beach days come to a screeching halt when Madison’s grandmother, Florida Brown, unexpectedly shows up on their doorstep. Dangerously ill with a mysterious ailment, Florida needs help. But the magic in Rosalie Claire’s fanny pack has stopped working. Only one person knows how to revive it - Grandma Daisy. The only problem? She’s been dead for five years.


Enter the MegaPix 6000. Together, Madison and her friends have to figure out a way to turn the magic TV into a time machine so they can visit Grandma Daisy and save Florida. Once the intrepid trio hurtles into the past, a dizzying adventure unfolds, filled with heart-filled, unexpected consequences.

When Madison McGee is orphaned and forced to live with her wacky grandmother in boring old Truth or Consequences, New Mexico, she’s pretty sure nothing will ever be right again. Her grandmother is addicted to TV shopping shows. Her only neighbors are a crazy lady and a vicious junkyard mutt. And she misses her old life something fierce. Could it get any worse?

A magical book that has so many wonderful elements.  I really thought the book was well written, well plotted and so original.  There are so many important lessons in this book that are great for younger readers to learn.  Plus, there is magic around us all the time, we just need to take time to notice it.

A jeans and T-shirt kind of girl, Madison refuses to be seen in the “cupcake dresses” her grandmother tries to get her to wear. Everything changes when a MegaPix 6000 TV mysteriously shows up on her doorstep. With the accidental push of a button on the remote control, Madison teleports into a dizzying world of lights, cameras, action, and peril. But with the help of a little magic, she discovers that things aren’t always what they appear to be, and that life can actually get better in a brand new way. 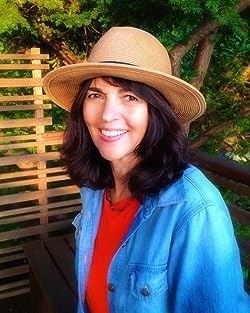 Laurie B. Arnold has been a video producer; a writer and designer of over 50 children's interactive computer games; a scriptwriter for children's television shows, including DRAGON TALES; and the author of three picture books: PUTT-PUTT'S NIGHT BEFORE CHRISTMAS, PUTT-PUTT'S PET PARADE; and GO, GO, PUTT-PUTT GO!
HELLO THERE, WE'VE BEEN WAITING FOR YOU! is the first in a trilogy of HELLO THERE books that take young Madison McGee on magical journeys though the portal of a mysterious TV. The book was a finalist for ForeWord Review's Book of the Year in the juvenile fiction category and a New Mexico Battle of the Books selection. Madison's adventure continues with the sequel, HELLO THERE, DO YOU STILL KNOW ME?
Laurie has two grown sons and lives with her husband on Bainbridge Island in Washington State.

You can visit her at www.lauriearnoldbooks.com