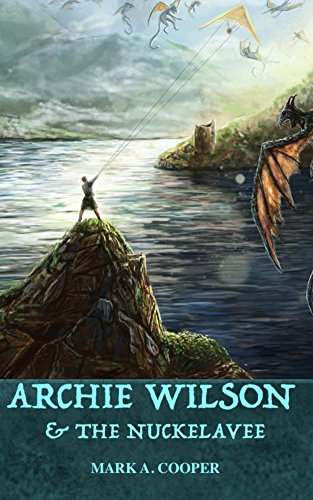 Tragedy strikes forcing 10 year-old Archie Wilson to live with a father he doesn’t know in Foyers, Scotland.
Archie stumbles upon a secret underground cavern, befriends Gordon the Loch Ness Monster and the last remaining Sporrans who, for over a thousand years have lived in secret.
When the most treacherous creature of all time; known as the Nuckelavee tries to resurrect itself. Archie is the only line of defense against the Nuckelavee, and the fate of the world may rest in his hands.

KIRKUS REVIEWS. Heartfelt, witty, and wonderfully original.
Archie Wilson's world is in ruins. After his beloved mother is killed in a car crash, the London boy is sent to dreary Foyers, Scotland, to live with his father--a man he's never met and knows nothing about. Yet despite the pain and sadness he feels, he senses something calling to him from the murky depths of nearby Loch Ness. While peering into the gigantic lake one afternoon, he loses his footing and tumbles into the ice-cold water. He tries to swim to the surface only to find something has "clasped his ankle tight," pulling him deeper in the darkness. When the boy awakens later in an underwater cavern, he receives the shock of a lifetime: the Loch Ness monster is real. But rather than being a threat to humans, the gentle-hearted sea dragon (who goes by the name of Gordon) is an ally who's protected mankind for centuries. Later, when an evil creature threatens to rear its ugly head, Gordon must decide whether to risk his freedom to save the human race again--or it may be up to Archie to tackle the dreaded Nuckelavee. This fast-paced, multilayered adventure story is ideal for young readers to curl up with under the covers. Action abounds, but Cooper also invests heavily in the emotional life of his protagonist. As a result, the day-to-day trials that Archie faces at home and in school are just as engrossing as his battles with mythical creatures. In particular, the author beautifully renders Archie's evolving relationships with his father as well as with his friend Chloe. Overall, this story will connect with kids despite the text's occasional copy-editing and formatting errors. Cooper masterfully plays with well-worn myths and folklore to create a new Scottish tale imbued with its own playful magic.

"At last a novel about Loch Ness you can actually believe. Archie Wilson is a fast-paced novel that young readers will adore. The story is an excellent read, with plot and characterization exceeding all expectations. A structure of great old-fashion story telling, built on a foundation of historic facts.

Cooper gives a new twist to an old, enduring myth. An exhilarating, mind-expanding voyage under calm waters that opens the mysterious secrets of Loch Ness". fictionreviewer.com


"This well-written, fast-paced fantasy combines a celebrated subject with engaging, unique characters, humor, coming-of-age and exhilaration. An historic myth is being re-told and we do get an explanation why the Loch Ness Monster never shows up, but everyone's convinced that it's there". Book Nerd 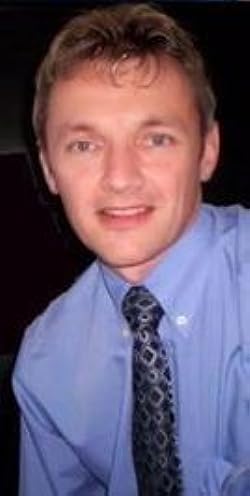 Mark A. Cooper is ranked alongside Enid Blyton and Anthony Horowitz as "The most original and best spy-kids authors of the century." (New York Times).

The first book in his Jason Steed series was self-published in 2008. Since then the series has won over fans across the world with its mix of action, emotion and coming of age originality.
Mark was snapped up by the Barbara Zitwer Agency and since has written 3 more in the series now published by Sourcebooks.
Fictionreviwer.com named 'Fledgling Jason Steed' Young adult book of the year 2009. The book was also voted as finalist in the 2009 'Indie book Awards'. In 2013 in the Beverly Hills Book Awards it came first in Juvenile fiction.