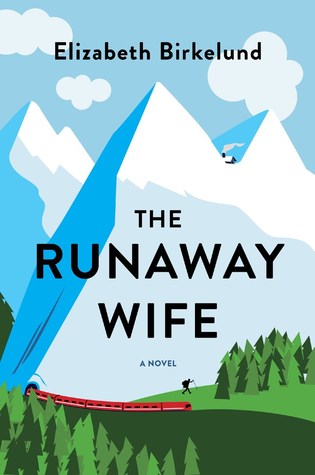 Three beautiful French sisters entrust an American hiker with the mission of rescuing their mother high in the Alps.

But what if she doesn’t want to be found?

Recently fired from his high-power finance job and dumped by his fiancée, Jim Olsen has come to the Swiss Alps to clear his head. At the charming Cabane des Audannes, he meets Clio, Thalia and Helene Castellane, who are on a quest of their own: their mother, Calliope, has fled to these mountains to escape her philandering politician husband’s most recent scandal. As snow threatens to descend upon the Alps, the women have come to bring their mother home.

But the sisters are at the point of surrender; it is time for them to return to Paris. Buoyed by wine and inspired by their beauty, Jim impetuously volunteers to assume their search, but soon realizes that he is in over his head. The Alps are filled with beauty and danger, not the least of which is Calliope’s desire to stay hidden. And all the while Jim finds himself haunted by the memory of her daughters and conflicted in his desire for them.

The Runaway Wife is a story of adventure, survival, and romance—and of a man’s discovery of a world outside his conventional life and a new vision of himself within it.

#FirstLine ~ JIM OLSEN YOU ARE HERE. 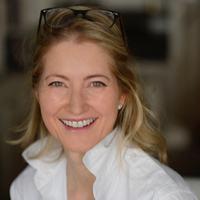 Elizabeth graduated from the Hewitt School in New York City, from Brown University with honors in Comparative literature, and from the Radcliffe Publishing Program. After college, she worked for a literary agent and was a member of the editorial staff for a start-up magazine, European Travel and Life. She began her fifteen-year freelance writing career as a monthly personal finance columnist for Cosmopolitan magazine, and has written for over fifteen publications, including Glamour, Self, Working Woman, Victoria. Her first novel, The Dressmaker, was published by Henry Holt & Co. in 2006, with a paperback Picador publication in 2007. It has been published in England in two versions, in Germany and in Russia. Her novel, The Runaway Wife, will be published by Harper Collins in July. She lives in New York City.