Based on a remarkable true story of Taj Rowland. Seven-year-old Chellamuthu's life is forever changed when he is kidnapped from his village in India, sold to a Christian orphanage, and then adopted by an unsuspecting couple in the United States. It takes months before the boy can speak enough English to tell his parents that he already has a family back in India. Horrified, they try their best to track down his Indian family, but all avenues lead to dead ends. Meanwhile, they simply love him, change his name to Taj, enroll him in school, make him part of their family--and his story might have ended there had it not been for the pestering questions in his head: Who am I? Why was I taken? How do I get home? More than a decade later, Taj meets Priya, a girl from southern India with surprising ties to his past. Is she the key to unveil the secrets of his childhood or is it too late? And if he does make it back to India, how will he find his family with so few clues? From the best-selling author of The Rent Collector, this is a deeply moving and gripping journey of discovering one's self and the unbreakable family bonds that connect us forever.

TAJ ROWLAND was born as Chellamuthu in Erode, India. At the age of seven, he was kidnapped, driven to a city three hours away and sold to a Christian orphanage. He was adopted by a family in the western United States where he grew up. Taj currently holds key positions as Board Member, Partner, and Chief Strategy Officer for a number of firms in the Automotive, Software Development, and Manufacturing Industries. His group of companies has offices in Asia and in the United States. He lives with his wife, Priya, and their two daughters, splitting their time between homes in both India and the U.S. 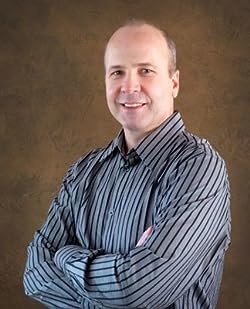 CAMRON WRIGHT is the award-winning author of Letters for Emily, which was a Readers Choice award winner, as well as a selection of the Doubleday Book Club and the Literary Guild. In addition to North America, Letters for Emily was published in Japan, Australia, New Zealand, Germany, Korea, the Netherlands, and China. His most recent book, The Rent Collector, won Book of the Year, Fiction, fromForeWord Reviews; Best Novel of the Year from the Whitney Awards; and was a nominee for the prestigious 2014 International DUBLIN Literary Award. Wright received a B.S. in Business from Brigham Young University and a master’s degree in Writing & Public Relations from Westminster College. Camron lives with his wife, Alicyn, in Utah. They are the parents of four children. Connect with Camron Wright on Twitter and at www.theorphankeeper.com.

The Orphan Keeper [Shadow Mountain Publishing] will be available via Amazon and through other major and independent booksellers nationwide as of September 6, 2016.

GIVEAWAY:  US ONLY
To enter to win one physical copy, please leave a comment on this post as to why you want
to win this book.
*Giveaway runs from 9/12-9/19.