Born and raised in Nevada, Tammy L. Grace loved reading at a young age. With the help of her middle school teacher, she discovered the joy of writing. After spending a career in local and state government service, she retired and finally has the time to dedicate to writing.

When Tammy isn't working on ideas for a novel, she's spending time with family and friends or supporting her addiction to books and chocolate. She and her husband have one grown son and a spoiled golden retriever. 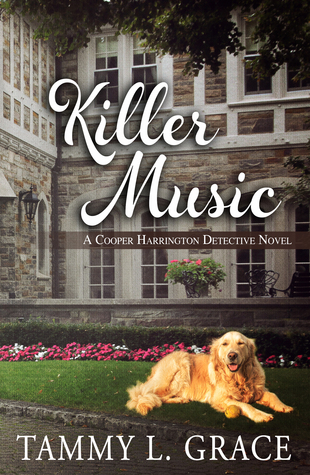 The suspects are plentiful. More than a handful of people could have wanted him dead. Retained by Taylor’s widow, Coop works alongside his best friend and Chief of Detectives, Ben Mason. The investigation leads Coop and Ben to visit the luxurious mansions of recording industry magnates, navigate the murky undercurrents of the political world, and probe complicated family matters. Scandalous indiscretions, secrets, and hints of corruption swirl in the midst of their pursuit of the killer.

Coop’s faithful friend and assistant, Annabelle and his loyal golden retriever, Gus, both lend a hand during the investigation. Even his Aunt Camille mines the local gossip mill to unearth potential killers with motive. Yet the case seems hopeless until a crucial piece of evidence emerges that sends Coop and Ben on a race to catch the killer before someone else dies.