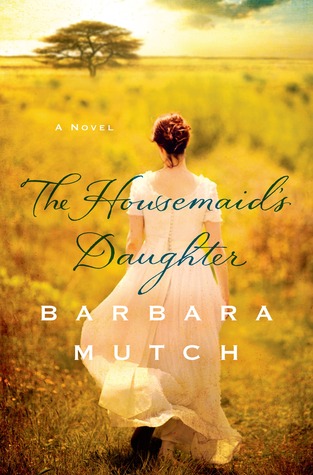 “If you loved The Help, try The Housemaid’s Daughter…The friendship at its center
will leave your heart singing.” -- Good Housekeeping UK
“A shared love of the piano brings two women together across the racial divide of apartheid South Africa in Mutch’s debut novel…her setting is a fascinating one, and she does an excellent job of showing the horrifying effects of apartheid law on individual lives…Readers who loved Kathryn Stockett’s The Help may also appreciate this historical tale of female friendship across racial lines…”
--Library Journal

Born and raised in South Africa, Barbara Mutch has now written a powerful debut novel set against the backdrop of the beautiful, yet divided land of apartheid South Africa during the mid-1900s. In THE HOUSEMAID’S DAUGHTER(St. Martin’s Griffin; January 6, 2014;  $15.99) , she tells the compelling story of two women--one white and one black--who rise above cruelty to find love, hope, and redemption.

When Cathleen Harrington leaves her home in Ireland in 1919 to travel to South Africa, she is uncertain about her feelings for the man she is to marry there—her fiancé Edward, whom she has not seen for five years.  Feeling isolated and estranged at Cradock House, her new home is in a small town in the harsh Karoo desert; her only real companions are her diary, her housemaid, Miriam, and later the housemaid’s daughter, Ada.

Although she finds herself in a passionless marriage, Cathleen perseveres and gives birth to two children, her cheerful son, Philip, and her ill-tempered daughter, Rosemary.  However, over the years, it is Ada with whom Cathleen forms a unique, powerful bond.  While Cathleen’s own daughter complains that she hates to play her mother’s beloved piano, Ada thrives on Cathleen’s tutelage and becomes an accomplished pianist.  Besides sharing a love of music, Cathleen teaches Ada to read, despite the objections of Edward.  Ada often peeks into Cathleen’s diary, and learns the secrets of her heart.  Encouraged by Cathleen, Ada sees new possibilities for her own life.  But one night, while Cathleen is away on a trip, Edward takes advantage of teenaged Ada with devastating results. When Cathleen arrives home, she finds that Ada has disappeared.  No longer living in the security of Cradock House, Ada is now forced to survive amidst the harsh realities of apartheid.  She struggles to make a life for herself.  In time, she must also fight to keep her biracial baby daughter safe.  As time passes, Cathleen’s attempts to find Ada fail time and again.  She remains confused and heartbroken by Ada’s mysterious departure until one day when a piano’s music brings Cathleen to a starting discovery.

Narrated in the compelling voice of Ada, as well as Cathleen through her diary passages, THE HOUSEMAID’S DAUGHTER is a breathtaking and thought-provoking novel about the parallel lives of these two women whose poignant relationship rises above the turbulence of the period.  It is a stunning story that is certain to resonate with readers everywhere.