Living in the crudeness of Detroit, Michigan and working in the refinement of the metro area suburbs, first year teacher Conor Batey is having difficulty adapting to a world plagued by greed and vanity. In his college days, the response was to rebel against society through music and art, but with age creeping in and a recession on the lookout for those in the undeserving working class, he chooses the suit and tie life.

Quickly, however, anticipation rises and fears are avoided as Conor, together with his past musician friends, are offered a record deal for their fairly successful but recently defunct band Listless. The group doesn’t immediately see the value in this brief stint of regression and avoidance of their everyday existences. However, with adult/professional life during the recession looking so bleak and their past dreams so close to realization, they choose to take this one last chance to tour their favorite music venues and play with some of the their favorite bands.

Along the way, the band meets the beautiful young journalist Ellie Cruz who opts to travel with the indiepop rock group and document their sometimes funny and other times awkward jaunt around the East Coast. The story ends in a realization that takes the characters (and reader) right back to the start in this vicarious ride through the cyclical reality we call life. 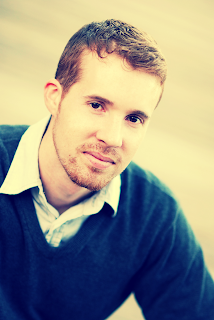 Steve Mohr hails from Toledo, Ohio, where the school of hard knocks (also known as the college of education) taught him how to educate kids who love to avoid knowledge. Today, he lives in Raleigh, North Carolina with his wife Hannah, where he teaches and writes.

On an average day, you’ll find Steve either playing around with his ukulele (in a very untalented fashion), watching some low budget documentary about the world eating itself from the inside out, or reading a bizarre non-fiction piece with absolutely no real life application.

The Listless is Steve’s first novel but hopefully not his last. Ideas are always breaking through the dense fog that is the 9-5 life! For now, however, he’s just trying to get through another school year, waiting for summer’s soon return. 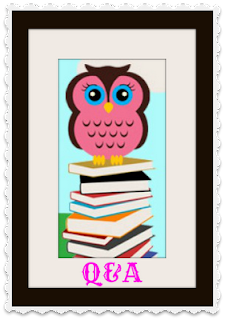 Q. What is your favorite thing about being an author?
A. Being able to explain myself and what I believe in words (sometimes very copiously!) and being pushed to investigate and understand others and their beliefs so as to relate them accurately.

Q. What is the toughest part of being an author?
A. Finding good, quality time to write and surviving the days and weeks when that time is too hard to find! Writing is one of my favorite things to do when I have no deadlines to make at work or preparations to get done at home; when I can just sit back with my laptop and let day dreams be my guide.

A. A teacher! Well, actually that is my day job. It’s a good one for writing, though. I learn a lot about pop culture from my students. Stuff that I’m not always sure I wanted to know…

Q. What would the story of your life be entitled?
A. The Nomadic Soul. I have this silly satisfaction with getting wholly engrossed in some random hobby (or, sadly enough, in college you could exchange hobby for my major) and then just leaving it and going onto the next. It’s like some macro version of ADHD. I guess it’s good if you’re looking to find some distinction throughout your life.

Q. What is your favorite book of all time?
A. The Foundation by Isaac Asimov! That book took fantasy sci fi from the past, by great writers like H.G. Wells, and added just enough technological possibility and realistic human reaction to the environment they were in (cough unlike Start Trek cough) to make for a great book that turned into an even greater series (upon series).

Q. Which character from ANY book are you most like?
A.  I probably look most like Ron Weasley from the Harry Potter series. I can’t say that I’ve read a character that I felt completely embodied my lifestyle and/or life decisions, but characters that I generally felt empathy for when reading (and felt I may have made a lot of those same decisions in those situations) were Nick Carraway from The Great Gatsby and Pip from Great Expectations. But no, I’m neither a Yale graduate who made friends with some shady rich guy nor an orphan pauper from the mid-nineteenth century.

A. I guess I’m most like Conor Batey from The Listless. While I can’t say I like admitting to that, if you had ever had a full (verbal) conversation with me and read the book, it would be ridiculously obvious…

Q. What is your favorite season?
A. Well, it’s a pretty big cheat to use two out of the four seasons for my answer, but I’m going to have to say both autumn and winter just as much for different reasons. Autumn (especially in North Carolina) is just an awesome season of great weather, scenic landscapes, and fun holidays. Winter, on the other hand, while I’m not a fan of the cold, is a really good time to get things done. It may be ridiculous, but I love a good excuse to stay in and read or write… or just be lazy! Winter provides me with that excuse many many times over.

Q. What inspired your book cover(s)? Or what is your favorite book cover and why?
A. For my book cover of The Listless, I wanted it to display two concepts: clear visual of life on the road and feel good imagery that let you know there are good times to match the bad within. The bad times, though, I felt are already revealed through the somewhat depressing name, The Listless! When the Dare Empire (the first publisher of the book) graphic artist came back with a cover showing a crinkled up map, a morbid font for the title, and three young adults who looked like they were ready for an adventure, I immediately agreed with it. It was exactly what I was looking for. This may sound ridiculous (and probably massively pretentious), but right away the cover gave me the impression of a modern day The Sun Also Rises by Hemingway.

Q. Tell me something funny that happened while on a book tour or while promoting your book.
A. Probably the funniest and most ironic thing happened before the book even came out. When I was shopping around for a publisher, I sent the manuscript to my current publisher (Turquoise Morning Press) along with others. TMP turned it down with the reasoning that it didn’t really fit the rest of their catalog that well. Another publisher, however, named Dare Empire agreed to release the book. Then, towards the end of the production, a crazy thing happened: Turquoise Morning Press bought out Dare Empire’s American catalog. Therefore, my book was instead released by TMP. It felt like suddenly being married to the same girl who turned you down before even going on one date! I enjoy those weird ironies, though. So I’m pretty happy with the turnout.

Q. Are you working on something new?
A. A little while ago I did put together the story and graphics for a children’s picture book called The Lone Islands. At this point, I need to put the finishing touches on it, but I don’t think anything special is going to happen with the book. And by that I mean, I can’t see too many romance fiction driven small publishers wanting to put it out. I may just put it out as a free download on my website.

Q. Anything you want to say to followers of this blog or those that are just stopping by?
A. Thanks a lot for reading through this! If you want to check out my new book, you can go to one of these links: