Blog Tour: SHE TELLS ALL by Judah Lee Davis 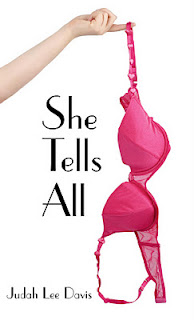 
After finding a pair of magic stilettos that transform her into the ultimate hot goddess, Madison Miller is certain she will get lucky tonight. But in her quest to find the ultimate hottie, she finds something so unexpected.

Now, as she takes a good, hard look at her life, she relives the past that transformed her into a vainglory vixen and realizes an important lesson about why she should NEVER sleep with strangers.
To see Judah's blog tour via Chick Lit Plus click HERE

Author Bio:
After graduating in Journalism in 2001, Judah Lee Davis has furthered her career as a corporate writer for the past decade. As a result of her training in media, her non-traditional writing style is simple, easy-to-read, and accessible to adult readers at all education levels.

Her debut novel, She Tells All, is written from the hilarious collage of ideas that could only come from living in a small town. From strong Pentecostal undertones to vulgarity of the crudest nature, Davis contrasts the war between good and evil as she chronicles the struggles of a promiscuous girl looking for love, (or something similar) in a sleepy southern town.

Her sequel, Every Woman’s Hero keeps the funny coming with even more laughter, more fun, and an even bigger dose of can’t-put-it-down humor.

While Davis is hoping to make waves in the world of fiction with her sexy, hilarious series, she currently enjoys lavishing her two kittens with an unreasonable amount of affection, spending time with her family, and keeping up with her day job.

From the Author:
At 21, I thought I had it all figured out. Despite my love for writing, I chose a field that was more lucrative, and I was poised to apply for medical school that fall. I had a serious boyfriend, and I could easily wear my size seven CK jeans.

Two months later, my boyfriend dumped me and I gained fifteen pounds worth of jelly roll that poured out over the button of my once-so-friendly jeans. Throwing my hands up in the air, I canceled my plans for graduation, took a good long look at the jelly roll in the mirror, and began to notice some important truths about myself.

I realized that deep down inside, I had strong desire to tip the couch over in search of change for the rest of my life. I wanted to live off of Ramen noodles and take toilet paper from the gas station. I wanted to be that person who came back for a free refill six hours later, but yet wrote stories for a living and could maybe even be considered happy. So I became an author. 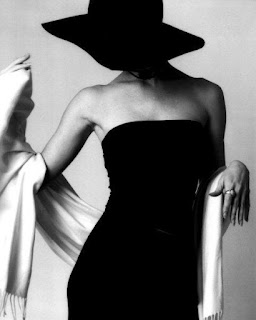