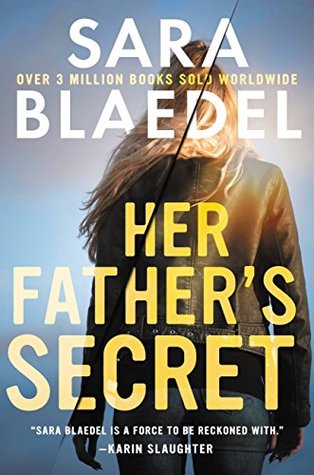 #FirstLine ~ If she'd known what was about to happen, she probably would have just leaned back and enjoyed the show.

A woman's murder is only the beginning as a daughter races to unravel the maze of secrets her father left behind--before she becomes the next victim--in the latest emotionally gripping novel from Sara Blaedel, #1 internationally bestselling author with over 3 million copies sold worldwide.

After suddenly inheriting a funeral home from her father--who she hadn't heard from in decades--Ilka Jensen has impulsively abandoned her quiet life in Denmark to visit the small town in rural Wisconsin where her father lived. There, she's devastated to discover her father's second family: a stepmother and two half sisters she never knew existed. And who aren't the least bit welcoming, despite Ilka's efforts to reach out.

Then a local woman is killed, seemingly the unfortunate victim of a home invasion turned violent. But when Ilka learns that the woman knew her father, it becomes increasingly clear that she may not have been a completely random victim after all.

The more Ilka digs into her father's past, the more deeply entangled she becomes in a family drama that has spanned decades and claimed more than one life--and she may be the next victim...

"Sara Blaedel knows how to reel in her readers and keep them utterly transfixed." --Tess Gerritsen

"One of the best I've come across." --Michael Connelly 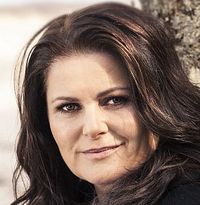 Sara Blaedel is the author of the #1 international bestselling series featuring Detective Louise Rick. Her books are published in thirty-seven countries. In 2014 Sara was voted Denmark’s most popular novelist for the fourth time. She is also a recipient of the Golden Laurel, Denmark’s most prestigious literary award.
In 2016 she published the first book "The Undertakers Daughter" in a new trilogy set in Racine, Wisconsin:
Already widowed by the age of forty, Ilka Nichols Jensen, a school portrait photographer, leads a modest, regimented, and uneventful life in Copenhagen. Until unexpected news rocks her quiet existence: Her father–who walked out suddenly and inexplicably on the family more than three decades ago–has died. And he’s left her something in his will: his funeral home. In Racine, Wisconsin.
Posted by Mrs Mommy Booknerd