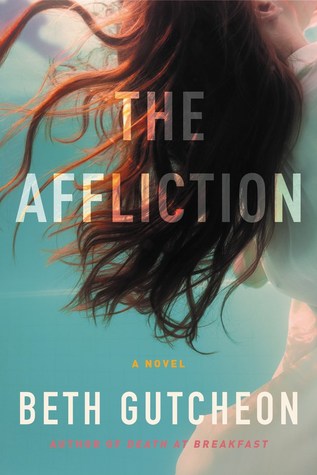 #FirstLine ~ To say that things were tense on the Hudson River campus of the Rye Manor School for Girls would be to understate the case fairly recklessly.

The New York Times bestselling author of More Than You Know, Leeway Cottage, and Death at Breakfast delivers the second installment in her clever romp of a mystery series combining social comedy and dark-hearted murder a novel set at a girls’ boarding school in a picturesque Hudson River town with more than its share of secretsSince retiring as head of a famous New York City private school, Maggie Detweiler is busier than ever. Chairing a team to evaluate the faltering Rye Manor School for girls, she will determine whether, in spite of its fabled past, the school has a future at all. With so much on the line for so many, tensions on campus are at an excruciating pitch, and Maggie expects to be as welcome as a case of Ebola virus.At a reception for the faculty and trustees to “welcome” Maggie’s team, no one seems more keen for all to go well than Florence Meagher, a star teacher who is loved and respected in spite of her affliction—that she can never stop talking.Florence is one of those dedicated teachers for whom the school is her life, and yet the next morning, when Maggie arrives to observe her teaching, Florence is missing. Florence’s husband, Ray, an auxiliary policeman in the village, seems more annoyed than alarmed at her disappearance. But Florence’s sister is distraught. There have been tensions in the marriage, and at their last visit, Florence had warned, “If anything happens to me, don’t assume it’s an accident.”Two days later, Florence’s body is found in the campus swimming pool.Maggie is asked to stay on to coach the very young and inexperienced head of Rye Manor through the crisis. Maggie obviously knows schools, but she also knows something about investigating murder, having solved a mysterious death in Maine the previous year when the police went after the wrong suspect. She is soon joined by her madcap socialite friend Hope, who is jonesing for an excuse to ditch her book club anyway, before she has to actually read Silas Marner.What on earth is going on in this idyllic town? Is this a run-of-the-mill marital murder? Or does it have something to do with the school board treasurer’s real estate schemes? And what is up with the vicious cyber-bullying that’s unsettled everyone, or with the disturbed teenaged boy whom Florence had made a pet of? And is it possible that someone killed Florence just so she’d finally shut up? 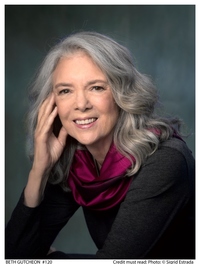 Beth Gutcheon grew up in western Pennsylvania. She was educated at Harvard where she took an honors BA in English literature. She has spent most of her adult life in New York City, except for sojourns in San Francisco and on the coast of Maine. In 1978, she wrote the narration for a feature-length documentary on the Kirov ballet school, The Children of Theatre Street, which was nominated for an Academy Award, and she has made her living fulltime as a storyteller (novelist and sometime screenwriter) since then. Her novels have been translated into fourteen languages, if you count the pirate Chinese edition of Still Missing, plus large print and audio format. Still Missing was made into a feature film called Without a Trace, and also published in a Reader’s Digest Condensed version which particularly pleased her mother. Several of her novels have been national bestsellers, including the most recent, Leeway Cottage. All of the novels are available in new uniform paperback editions from HarperPerennial.
Posted by Mrs Mommy Booknerd