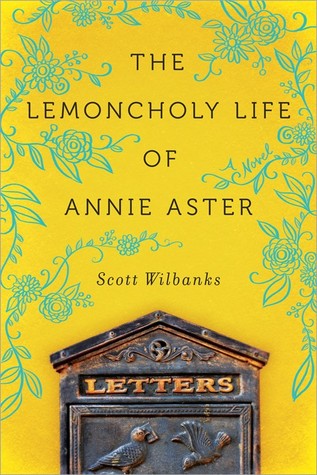 Annabelle Aster doesn’t bow to convention—not even that of space and time—which makes the 1890s Kansas wheat field that has appeared in her modern-day San Francisco garden easy to accept. Even more peculiar is Elsbeth, the truculent schoolmarm who sends Annie letters through the mysterious brass mailbox perched on the picket fence that now divides their two worlds.
Annie and Elsbeth’s search for an explanation to the hiccup in the universe linking their homes leads to an unsettling discovery—and potential disaster for both of them. Together they must solve the mystery of what connects them before one of them is convicted of a murder that has yet to happen…and yet somehow already did. HOW I WOVE FOUR STORIES INTO A SINGLE CLIMAX

Weaving time travel into a novel is not for the faint of heart, not even for a seasoned author, but what if you are a freshman writer who had only an eye to some characters you’d dreamt up and it just happened—the time travel element, I mean?
That gets tricky really fast. Truth be told, I wrote the whole darn book by the seat of my pants; the first draft, anyway. And it all began with an image in my head—a pair of unlikely pen pals, one an eccentric young lady living in contemporary San Francisco who is obsessed with Victorian clothes, the other a dowdy, old schoolmarm living in a turn-of-the-century Kansas wheat field who possesses an inventory of curse words to make a sailor blush, as well as a take-no-prisoners attitude.
If you can believe it, I’d dreamt them up as I drove home with my tail tucked between my legs after a botched first date. Yup. I owe my book to those humble beginnings.
Though I thought the date was going swimmingly, he thought otherwise, and leaned back in his chair to say, “I think we are destined to be great friends.”
Not.
Good.
I drove home determined to salvage what I could, and conjured Annie and Elsbeth somewhere on Dolores Street in San Francisco. By the time I’d pulled into my garage, I’d written up a letter (in my head) from Annie to El, one in which she asked for advice regarding her love stuck friend—me.
I didn’t stop there, though, putting it to paper, so to speak, and emailed it off to his work address. While I won’t bore you with the details, the letter was a bit of a hit, having gone “viral” throughout the office where he worked. Many more were written.
But back to time travel.
Lemoncholy was born from those letters, first and foremost, and since I couldn’t shake the original notion of Elsbeth living a hundred years in the past, I was going to have to toy with the concept of time so that these two women could communicate. And what better way than through a letterbox that sits in some common magical ground between their two worlds? Annie, of course, had to be delighted with her pen pal. That was a “given” in my mind. I had bigger plans for Elsbeth, however. I decided she was going to be none to happy with the general state of affairs.
The front end of my manuscript quickly became crowded with their letters—Annie expressing delight, Elsbeth itching to make good use of her shogun—and while I was having a blast, it quickly became apparent that I had little in the way of story.
So I cooked one up.
I asked myself a question. What would happen if Annie found an old article, one in which she learns of a murder that took place a hundred years ago in Kansas City, yet will take place in four days on Elsbeth’s timeline? And what if the person who was murdered is responsible for Annie and El being able to communicate across time?
Voila! I had a story!
You’d think that I would have simply sail along at that point, but things only got messier when I created Annie and El’s supporting cast.
There’s Christian. He’s Annie’s best friend; a sweetheart of a man who is burdened with a secret buried so deep within his subconscious that it leaves him with a stutter.
Then there’s Edmond; a total charmer who lifts Christian’s secret to the surface, all the while burdened with a demon of his own—drug addiction.
And, finally, there’s Cap’n. She’s a twelve-year-old street urchin living in turn-of-the-century Kansas City who survives by dent of her wits, a total smarty-pants.
I’d fallen in love.
With all of them.
So I did something crazy. I wrote a separate story for each of them—for Annie and El, for Cap’n, and for Christian and Edmond—not because I wanted to add dimension to a time travel novel, but because it was becoming more and more obvious to me that these characters had something to say. A theme was rising to the surface. I was going to write a story about the marginalization of misfits, with each of mine in pursuit of a little understanding, a little hope, in an unforgiving world. Whether or not they found what they were seeking is a matter of opinion, but it is clear they did find something greater.
Each other.
So, in the end, The Lemoncholy Life Of Annie Aster is really three stories, each exploring the life of a loner, a person struggling to find his or her place, that also happens to be woven together by a fourth story—a mystery that has time travel at its core. 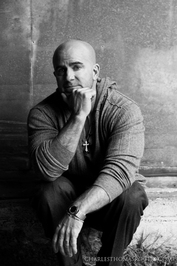 They say, “Write what you know.” Who ‘they’ may be still remains a mystery, but I took the advice to heart when I wrote a book about five misfits who found themselves walking a path I trod daily, seeking understanding in an indifferent world, but more on that later.
With my life constantly pushed and pulled by a pair of opposing bugaboos—ADD and drive—I surprised myself by graduating summa cum laude from The University of Oklahoma while also garnering a handful of titles in the sport of gymnastics.
Life-changing accidents, lost loves, and an unremarkable career path followed, that is until a lawsuit and Mike changed everything. The lawsuit motivated me to step away from my career. Mike added the extra push, convincing me to take a leap of faith, and move to the country of his birth, New Zealand, while also encouraging me to “see where this writing will take me.”