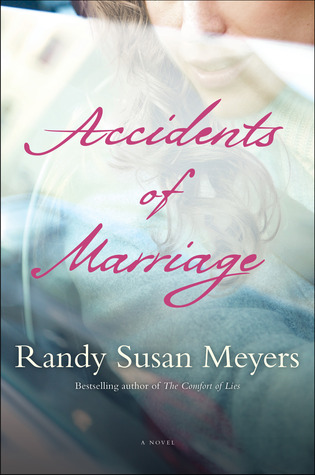 Accidents of Marriage explores a topic rarely shown in fiction: the destruction left in the wake of spouse’s verbal fury. Ben never meant to hurt Maddy. He never imagined his recklessness would lead to tragedy.

Maddy is a social worker trying to balance her career and three children. Years ago, she fell in love with Ben, a public defender, drawn to his fiery passion, but now he’s lashing out at her during his periodic verbal furies. She vacillates between tiptoeing around him and asserting herself for the sake of their kids – which works to keep a fragile peace – until the rainy day when they’re together in the car and Ben’s volatile temper gets the best of him, leaving Maddy in the hospital fighting for her life.

Randy Susan Meyers takes us inside the hearts and minds of her characters, alternating among the perspectives of Maddy, Ben, and their fourteen-year-old daughter. Accidents of Marriage is a provocative and stunning novel that will resonate deeply with women from all walks of life, ultimately revealing the challenges of family, faith, and forgiveness.

Accidents of Marriage explores a topic rarely shown in fiction: the damaging effects of a spouse’s emotional abuse. 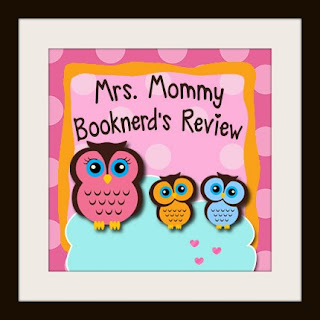 A emotional, honest and heartbreaking story about marriage.  This is not a happy story, but it is a well written and character driven novel about the affects that anger can have on a marriage, specifically a marriage in dire straights. It is the raw and human portrayal of the characters that makes them people we can relate to.  Bravo to Randy Susan Meyers for writing this story, as we all can take a peek inside an American home and see what can really go on behind closed doors!  4 stars 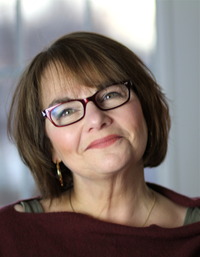 I was born in Brooklyn, New York, where I quickly moved from playing with dolls to incessantly reading, spending most of my time at the Kensington Branch Library. Early on I developed a penchant for books rooted in social issues, my early favorites being "Karen" and "The Family Nobody Wanted." Shortly I moved onto Jubilee and The Diary of Anne Frank.

My dreams of justice simmered at the fantastically broadminded Camp Mikan, where I went from camper to counselor, culminating in a high point when (with the help of my strongly Brooklyn-accented singing voice), I landed the role of Adelaide in the staff production of "Guys and Dolls."

Soon I was ready to change the world, starting with my protests at Tilden High and City College of New York, until I left to pursue the dream in Berkeley, California, where I supported myself by selling candy, nuts, and ice cream in Bartons of San Francisco. Then, world-weary at too-tender an age, I returned to New York, married, and traded demonstrations for diapers.

While raising two daughters, I tended bar, co-authored a nonfiction book on parenting, ran a summer camp, and (in my all-time favorite job, other than writing) helped resurrect and run a community center.

Once my girls left for college, I threw myself deeper into social service and education by working with batterers and victims of domestic violence. I'm certain my novels are imbued with all the above, as well as my journey from obsessing over bad boys to loving a good man.

Many things can save your life--children who warm your heart, the love of a good man, a circle of wonderful friends, and a great sister. After a tumultuous start in life, I'm lucky enough to now have all these things. I live in Boston with my husband, where I live by the words of Gustave Flaubert: "Be regular and orderly in your life, so that you may be violent and original in your work."

My next novel, ACCIDENTS OF MARRIAGE releases on Sept 2. Kirkus, in a starred review, wrote: “Meyers puts a Boston family overwhelmed by a tragic accident under the literary microscope.” In this book I examine the question: When is a marriage too broken to save?
Randy Susan Meyers new book, ACCIDENTS OF MARRIAGE releases on Sept 2, 2014 with a Kirkus Starred Review and as a Sept. Indie Next Pick.

“Many books are an absolute pleasure to read, but slip straight from your mind. Accidents of Marriage is one of those rare novels that is both unputdownable and unforgettable. I just loved it——and I’ll now read everything Randy Susan Meyers writes.”

My first novel, THE MURDERER'S DAUGHTERS was chosen as a Target Book Club Pick, Massachusetts "Must Read" Fiction, and was a finalist for the Massachusetts Book Award, who wrote:

"From the very first page and straight on until the last, the clear and distinctive voice of Randy Susan Meyers's The Murderer's Daughters will have you enraptured and wanting more--even though self- preservation may curl you into a ball to shield yourself from the painful circumstances of the two sisters. This is a heart- breaking and powerful novel." Massachusetts Center for The Book,

My second novel, THE COMFORT OF LIES, released from Atria/Simon & Shuster in February 2013, a novel about an affair and the three very different women whose lives become intertwined in its aftermath: Tia, the woman who fell in love with a married man, got pregnant and gave the baby up for adoption; Juliet whose husband had the relationship with Tia; and Caroline, the woman who adopted the child that Tia couldn't bear to raise alone. These are three women who should never have met--and when they do, their lives collide in ways that none of them could have predicted.