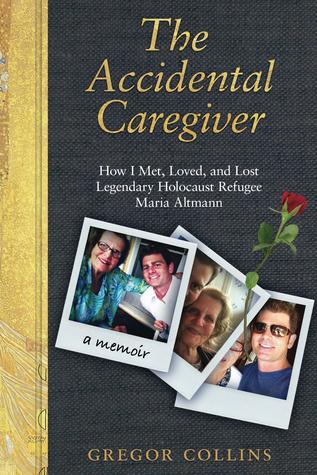 When thirty-two-year-old actor Gregor Collins reluctantly interviewed for a job as a caregiver more out of a favor to a friend--he had no idea his life was about to change forever.
The Accidental Caregiver charts Gregor's evolution from a self-absorbed artist to an adoring caregiver for Maria Altmann, the world-renowned Holocaust refugee from Austria. Seconds into their chance meeting in 2008 it felt as if they had known each other their entire lives.Gregor offers us a personal and unprecedented look at Maria over the three intimate years he cared for her--her thrilling escape from the Nazis, her fight and subsequent win in the landmark Supreme Court Case to return original Gustav Klimt artwork that belonged to her family, and the extraordinary people she met along the way. But the real heart of the story goes beyond mere historical fact.Through a raw and honest portrayal of their unlikely and unbreakable bond, imbued with humorous, candid anecdotes about his mercurial relationship with Hollywood, Gregor takes us on a deeply emotional journey of how he opened up his heart to a 92-year-old woman in need--and in turn experienced the love he had been searching for his entire life. 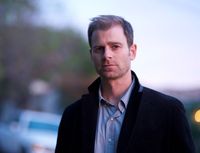 Gregor is an actor, author, scriptwriter, and film and television producer living in New York. The stage adaptation of his acclaimed memoir The Accidental Caregiver: How I Met, Loved and Lost Legendary Holocaust Refugee Maria Altmann, will debut at the Robert Moss Theater in NYC on 01/26/15:http://venusnytheaterfestival.com/the... 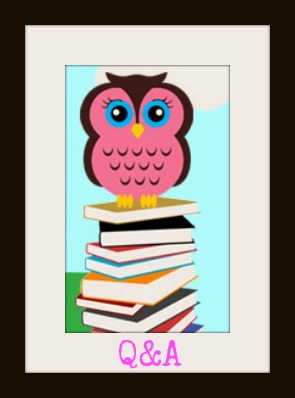 Q.  What inspires your writing?
Life, people, my incessant inner demons, but most of all my intensely deep desire for self-expression and individualism. It’s why I don’t just implode. They’re my drugs. It’s like sugar: The deeper I dive for truth the more I want to keep diving, and the bolder I get, and before you know it I’m stopping at yet ANOTHER 7-11 on my way home to get even MORE donuts.

Q.  What is your favorite thing about being a writer?
The honest answer? That I can continue living. If I wasn’t writing or creating, at best I’d be breathing but not living, and at worst I’d be not living but not breathing (in other words, dead). And there’s something about being the first line of creation—in a project you have people that come in at various times, like editors, directors, publishers, publicists, etc, but there’s something life-affirming about being the one who birthed it.
Q.  What is the toughest part of being a writer?
The writing is the easy part, no question. If the writing isn’t the easy part you probably don’t belong being a writer. I’d say the toughest part is making enough money to live. At least for most writers the money is up and down, and mostly down. You have to do other things that pay the bills yet other things suck away writing. So it’s that balance. But I do believe if you’re following your heart and doing what you love, money will come at some point in some form you least expected. If you’re a writer because of the money then you’re either misinformed (just be a stockbroker), or you shouldn’t be doing it, and that goes for anything in the creative industry. Also you have to do other things. Like me, for example, I write, act, produce, promote, I do whatever it takes to get a project off the ground. I’m proud that I’m not only sitting down to write but I’m standing up to make sure it’s consumed. No one will ever do anything relating to your career better than you.
Q.  If you could not be a writer, what would you do/be?
Professional golfer. I played golf in high school and college and many of my fondest memories during those experiences were on the golf course.
Q.  What would the story of your life be entitled?
I Did It My Way.
Q.  What is your favorite book of all time?
The Neverending Story. I never read it as an adult but the memories I have as a kid stick with me today. Since I mostly read narrative nonfiction a close second would be a tie between The Political Genius of Abraham Lincoln and Destiny of the Republic: A Tale of Madness, Medicine and the Murder of a President (the story of President James Garfield).  I cannot express to you in words how good these two books were, and I can’t believe the latter hasn’t been made into a movie.
Q.  Which character from ANY book are you most like?
On a good day: Abraham Lincoln. On a bad day: Holden Caufield.
Q.  What character from all of your books are you most like?
I’m definitely most like Gregor Collins from The Accidental Caregiver.
Q.  Which book would you love to take a weekend vacation inside of?
My Uncle Oswald by Roald Dahl.
Q.  What do you want to be remembered for 100 years from now?
That I was fearless, that I always followed my heart, and that I wrote The Accidental Caregiver. But stay tuned…

Q.  What is your favorite season?
Winter, because I feel it has more—I don’t know—character? Yeah. Character. As Oscar Wilde said: “Wisdom comes with winters.”
Q.  What inspired your book cover?
I wanted to show the love Maria and I shared as simply as I could. Simplicity is the key to beauty (and happiness), I think.

Q.  Tell me something funny that happened while on a book tour or while promoting your book.
I was in New York in 2010 to go to a writer’s conference and to see Klimt’s Gold Portrait (the painting Maria recovered from Austria), and I was staying with Maria’s 94-year-old cousin Ruth, and Ruth told me she had a granddaughter, and she suggested I call her to meet her for coffee or something, and I called her on my way to see Billy Elliot on Broadway, and she asked what I was doing, and I said I was seeing a play, and I asked her what she was doing, and she said she was seeing a play, and I asked her what play, and she said Billy Elliot, and I said ‘no way I’m seeing that too’, and so we met in the lobby, sat together, and we’re friends to this day.
Q.  Are you working on something new?
I adapted my book into a play that premiered in New York last month for a limited run and I’m working on future runs hopefully starting in Vienna, I’ve also written the screenplay version of the book and have a big film company interested in the book and film rights (fingers crossed), and I just finished a new play that I’m seeing fly for the first time in a reading at the end of March in New York.
Q.  Anything you want to say to followers of this blog or those that are just stopping by?
I love to connect with others, especially in New York because I just moved here, so please find me @GregorCollins or on Facebook!