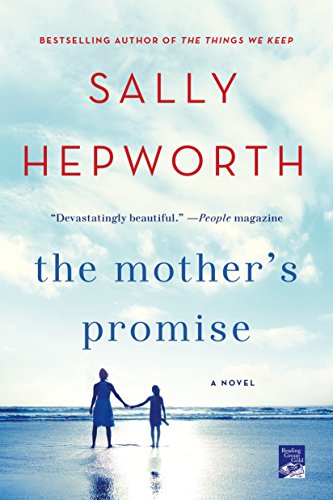 The Mother's Promise by Sally Hepworth
My rating: 5 of 5 stars

#FirstLine ~ When the doctor gave Alice Stanhope the news, she was thinking for Zoe.

This book rocked my heart to the core. This book really grabbed my emotions from that first sentence and did not let go. There was a lump in my throat nearly the entire time. But this book was so beautifully done that the stress slowly dissipated as I continued to read. I was so engrossed in this book that I lost track of time. The characters were spot on, dialogue was dynamic and the story is unforgettable. What an emotional read that captures what it means to love as a mother and how the heart can heal and cope. It is one of those books that is both sad and happy. The Mother's Promise is one that I am certain readers will cherish every single word within it. 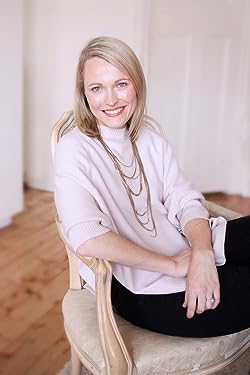 Sally Hepworth is the bestselling author of The Secrets of Midwives. The Secrets of Midwives has been labelled “enchanting” by The Herald Sun, “smart and engaging” by Publisher’s Weekly, and New York Times bestselling authors Liane Moriarty and Emily Giffin have praised Sally’s debut novel as “women’s fiction at its finest” and “totally absorbing”. The Secrets of Midwives was also the highest selling debut Australian fiction of the year in 2015. Sally is also the author of The Things We Keep, published in January 2016. The Things We Keep was a Library Journal Pick in the U.S. for January 2016, and an Indie Next Pick in the U.S. for February 2016. NYT bestselling author of The Rosie Project, Graeme Simsion praised The Things We Keep calling it ‘A compelling read that touches on important themes, not least the different forms that love may take.”Both of Sally's novels have been published worldwide in English and have been translated into several foreign languages.Sally is currently working on her next novel, to be published in early 2017.Sally lives in Melbourne, Australia with her husband and two children. PRAISE FOR THE SECRETS OF MIDWIVESWith empathy and keen insight, Sally Hepworth delivers a page-turning novel about the complex, lovely, and even heartbreaking relationships between mothers and daughters. THE SECRETS OF MIDWIVES is that rare tale that weaves together the past and the present in a totally absorbing narrative. Sally Hepworth illuminates one of the most important moments in a woman's life--when she becomes a mother--and spins a story that will hold you captivated till the very end.- # 1 New York Times Bestselling author of The One and Only, EMILY GIFFINTHE SECRETS OF MIDWIVES is women's fiction at its finest. Sally Hepworth has written a wonderfully satisfying story about three generations of midwives. It's touching, tender and obviously meticulously researched, giving the reader a fascinating window into the amazing world of midwifery. A delightful read.-#1 New York Times Bestselling author of THE HUSBAND'S SECRET, LIANE MORIARTY"THE SECRETS OF MIDWIVES is a compelling exploration of life, loss, and love. Family secrets test the bonds between three women - Neva, her mother Grace, and her grandmother Floss - as they bring babies into the world and navigate their own complex paths. The story deepens and enlarges as it moves through their varied perspectives to its powerful conclusion."- #1 New York Times Bestselling author of Orphan Train, CHRISTINA BAKER KLINE"From the first page, I could not put THE SECRET OF MIDWIVES down. Sally Hepworth delves into family secrets and family love in two different eras, adding mystery and plot twists at a breathless, exhilarating pace. I simply love this book!" - Bestselling Author of The Knitting Circle, ANN HOODHepworth's debut enchants from the first page, as three midwives--mother, daughter, and grandmother--defend their profession and unravel their secrets in the path of a classic New England storm. THE SECRETS OF MIDWIVES is that rare novel that combines vibrant and nuanced characters with a breathtaking plot, and an almost mystical reverence for the magic of childbirth. I couldn't stop until I'd turned the last page.- New York Times Bestselling author of A Hundred Summers, BEATRIZ WILLIAMS