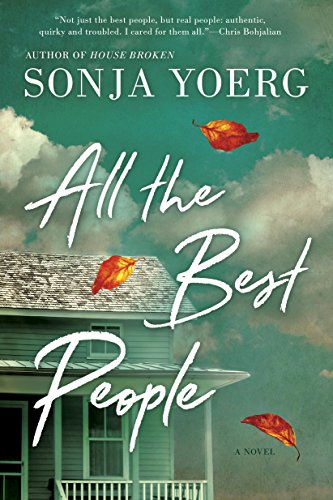 An intricately crafted story of madness, magic and misfortune across three generations from the author of The Middle of Somewhere and House Broken...

Vermont, 1972. Carole LaPorte has a satisfying, ordinary life. She cares for her children, balances the books for the family’s auto shop and laughs when her husband slow dances her across the kitchen floor. Her tragic childhood might have happened to someone else.

But now her mind is playing tricks on her. The accounts won’t reconcile and the murmuring she hears isn’t the television. She ought to seek help, but she’s terrified of being locked away in a mental hospital like her mother, Solange. So Carole hides her symptoms, withdraws from her family and unwittingly sets her eleven-year-old daughter Alison on a desperate search for meaning and power: in Tarot cards, in omens from a nearby river and in a mysterious blue glass box belonging to her grandmother.

An exploration of the power of courage and love to overcome a damning legacy, All the Best People celebrates the search for identity and grace in the most ordinary lives. 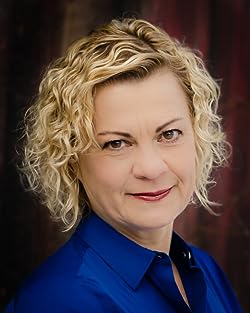 Sonja Yoerg grew up in , where she financed her college education by waitressing at the Trapp Family Lodge. She earned her Ph.D. in Biological Psychology from the of at , and studied learning in blue jays, kangaroo rats and spotted hyenas, among other species. Her non-fiction book about animal intelligence, Clever as a Fox (Bloomsbury ) was published in 2001. While her two daughters were young, Sonja taught in their schools in . Now that they are in college, she writes full-time.  She currently lives in the Shenandoah Valley of Virginia with her husband. Her novels, HOUSE BROKEN and MIDDLE OF SOMEWHERE, are published by Penguin/NAL.

#FirstLine ~ Carole was ten when her mother was committed to Underhill State Hospital.

That first sentence will grab you immediately and you will be hooked until the very past page!  Yoerg is a master storyteller.  I literally read this book within one and half days.  I stayed up well past my bedtime (even after a super long day at work) because it was so good.  The way she draws in the reader while fleshing the characters out, building the story layer by layer and creating a reading experience that is so vivid you actually feel the characters deep in your bones.  I was completely engrossed in this tale of love and struggle.  It was honest and raw and real and just so dang good!  It was one of those reads that you want on the big screen or turned into a mini series because you feel like the story needs to be told to a broader audience.  I am telling you this will be a book club hit!  a perfect spring/summer read and one you will want to discuss with others.  Don't delay, buy it today!