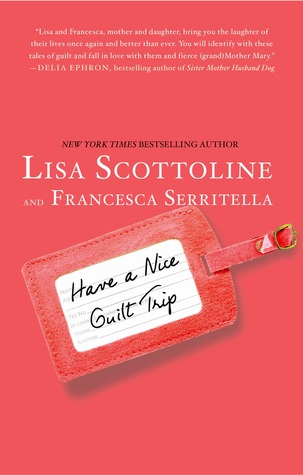 Lisa Scottoline and Francesca Serritella are back with another collection of warm and witty stories that will strike a chord with every woman. This four book series is among the best reviewed humor books published today and has been compared to the late greats, Erma Bombeck and Nora Ephron. Booklist raved of the third book in the series, Meet Me At Emotional Baggage Claim,  “readers can count on an ab-toning laugh session, a silly giggle, a sympathetic sigh, and a lump in the throat as life’s moments are rehashed through the keen eyes and wits of this lovable mother-daughter duo.” This fourth volume, Have a Nice Guilt Trip, maintains the same sterling standard of humor and poignancy as Lisa and Francesca continue on the road of life acquiring men and puppies. Ok, to be honest, Lisa is acquiring the puppies, while Francesca is lucky enough to have dates with actual men. They leave it to the listeners to decide which is more desirable and/or or easier to train.
***********************************************************

GIVEAWAY:  one set of FIVE books--Lisa and Francesca's new essay collection, plus the 4 previous collections. The following titles will be included in the prize pack, all for ONE lucky winner!!!!!

Have a Nice Guilt Trip
Best Friends, Occasional Enemies
Meet Me at Emotional Baggage Claim
My Nest Isn't Empty, It Just Has More Closet Space
Why My Third Husband Will Be a Dog 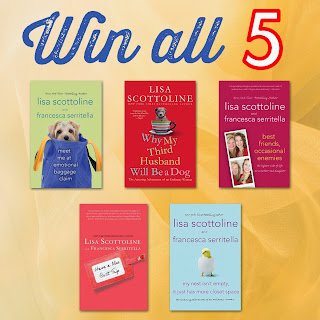 Lisa Scottoline is the New York Timesbestselling author and Edgar award-winning author of 22 novels, including her latest, KEEP QUIET. She also writes a weekly column with her daughter Francesca Serritella for the Philadelphia Inquirer titled "Chick Wit" which is a witty and fun take on life from a woman's perspective. These stories, along with many other never-before-published stories, have been collected in four books including their most recent, Have a Nice Guilt Trip, and the earlier, Meet Me at Emotional Baggage Claim, Best Friends, Occasional Enemies, Why My Third Husband Will Be a Dog, which has been optioned for TV, and My Nest Isn't Empty, It Just Has More Closet Space. Lisa reviews popular fiction and non-fiction, and her reviews have appeared in New York Times, The Washington Post and The Philadelphia Inquirer. Lisa has served as President of Mystery Writers of America and has taught a course she developed, "Justice and Fiction" at The University of Pennsylvania Law School, her alma mater. Lisa is a regular and much sought after speaker at library and corporate events. Lisa has over 30 million copies of her books in print and is published in over 35 countries. She lives in the Philadelphia area with an array of disobedient pets, and she wouldn't have it any other way. 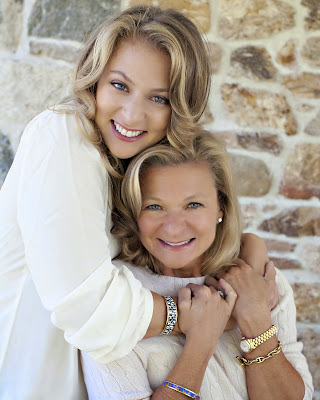 Francesca Serritella was born in Philadelphia, and grew up in its suburbs. She went to Harvard, where she majored in English. After a year or two of feeling entirely intimidated by the place, she found her stride and went on to receive the Charles Edmond Horman Prize and the Baron Russell Briggs Prize for creative writing. Her senior thesis, a novella, won the Thomas Temple Hoopes Prize, and she graduated with honors.

Her mother is Lisa Scottoline. She's a bestselling author, her best friend, and her hero. Together, they write a weekly humor column in The Philadelphia Inquirer called "Chick Wit." She contribute once a month to offer a younger perspective on their wacky family and life in general, and if you aren't an Inquirer subscriber, you can find a selection of her columns here. The column has been published as a series of collections of essays. The first and the second, Why My Third Husband Will Be a Dog, and My Nest Isn't Empty, It Just Has More Closet Space, have some of her essays but not her name on it. The third, fourth, and fifth, Best Friends, Occasional Enemies, Meet Me at Emotional Baggage Claim and Have a Nice Guilt Trip, have her name on the cover!

Currently, she live in New York City with her dog, Pip. When she’s not writing, she’s probably taking cell phone pictures of Pip and marveling at how cute he is, so if you want to see those, he has his very own page here.