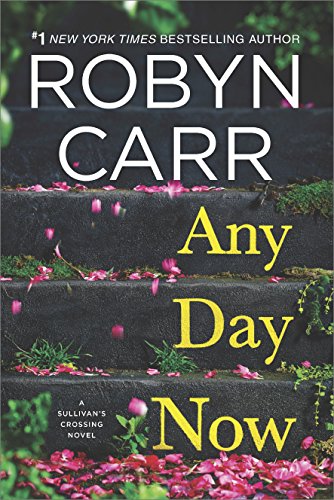 THE SECOND NOVEL IN THE SULLIVAN’S CROSSING SERIES

#1 New York Times and USA TODAY bestselling author Robyn Carr is back with ANY DAY NOW, the latest installment in her new, wildly popular Sullivan’s Crossing series. Return to the idyllic mountains and tranquil retreats of small-town Colorado, where Sierra Jones has just arrived off a bus from Iowa, for this story of self-discovery and second chances. After years of wandering, toxic relationships, and struggles with addiction, Sierra has decided to follow her brother, Cal, to Sullivan’s Crossing in search of a fresh start. While Cal is busy preparing for a baby with his new wife, Maggie, Sierra is ready to put down some roots of her own, which means finding steady work, focusing on her sobriety, and, most importantly, avoiding men and all the problems they cause. Sierra’s vow of chastity proves difficult to honor, however, when she meets Conrad Boyle, a local firefighter and kindred spirit who is recovering from heartbreak of his own. With his good heart, steady nature, and abs of steel, Connie will test Sierra’s resolve and force her to reconsider whether all men are worthless after all, and for the first time, she may have found someone she can finally trust and rely on. Above all, Connie seems more than ready to accept Sierra’s past and offer her a future full of the safety and stability that she’s always craved. But for Sierra, her troubled past is still too close for comfort. Because while she’s trying to resist Connie’s ever-enticing charms, Sierra is also on the run from a dangerous man who could threaten everything in her new life she’s trying to protect. As long as that man is still at large, turning over a new leaf may be harder than Sierra ever imagined. 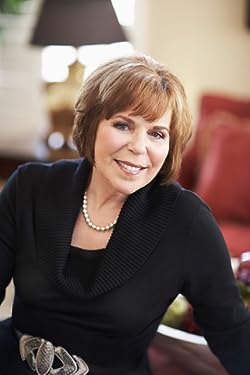 Robyn Carr is an award-winning, #1 New York Times bestselling author of more than 50 novels, including the critically acclaimed Virgin River and Thunder Point series, as well as highly praised women’s fiction titles such as Four Friends, What We Find, and The Life She Wants. Robyn has won a RITA Award from the Romance Writers of America, and in 2016 she was awarded RWA’s Nora Roberts Lifetime Achievement Award for her contributions to the genre. Her novels have been translated into 19 languages in 30 countries. Originally from Minnesota, Robyn now resides in Henderson, Nevada, with her aviator husband; they have two grown children. When she isn’t writing, Robyn puts her energy into community service: she has mentored a seniors’ memoir-writing group, attends book club chats in and out of state whenever possible, and is working with her local library on the Carr Chat Series, a program centered on fundraising and visiting author events that bring writers, their books, and the community together.

#FirstLine ~ So, this is what a new life looks like.

I love Carr.  I love her because she is dependable.  You know that every time you read one of her books you are going to have an enjoyable reading experience.  This is the second book in a series (Sullivan"s Crossing), with a setting that cannot be beat, with characters you have grown to love and with a story that is about the ways marriage and friendships mold you and the worries and crisis that help us find our way.  Carr leaves the reader feeling satisfied with her wonderful writing and distinct voice.  This book is perfect for a spring or summer read,