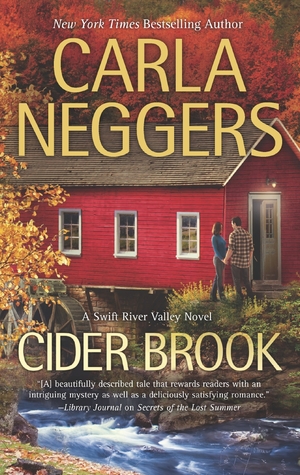 Unlikely partners bound by circumstance…or by fate?
Being rescued by a good-looking, bad-boy firefighter isn't how Samantha Bennett expected to start her stay in Knights Bridge, Massachusetts. Now she has everyone's attention—especially that of Justin Sloan, her rescuer, who wants to know why she was camped out in an abandoned old New England cider mill.
Samantha is a treasure hunter who has returned to Knights Bridge to solve a 300-year-old mystery and salvage her good name. Justin remembers her well. He's the one who alerted her late mentor to her iffy past and got her fired. But just because he doesn't trust her doesn't mean he can resist her. Samantha is daring, determined, seized by wanderlust—everything that strong, stoic Justin never knew he wanted. Until now… 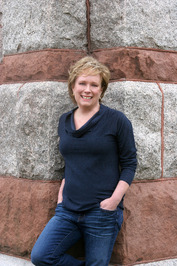 Carla Neggers has been spinning stories ever since she climbed a tree with pad and pen at age eleven. Now she is the New York Times bestselling author of almost 70 novels, with millions of books sold in over 30 countries. Her popular Sharpe & Donovan romantic suspense series featuring FBI agents Emma Sharpe and Colin Donovan launched with Saint’s Gate in 2011 and has been praised as “a breathtaking reading experience” (Providence Journal) and “gripping and suspenseful” (Nashua Telegraph). In 2012, her Swift River Valley series debuted with Secrets of the Lost Summer, which garnered a starred review from Booklist and a Top Pick from RT Book Reviews and shot onto the New York Times, USA Today and Publishers Weekly bestseller lists.
Growing up in rural Massachusetts with a Dutch father, a Southern mother and six brothers and sisters, Carla developed an eye for detail and a love of a good story. Her imagination, curiosity and sense of adventure are key to creating the complex relationships, fast-paced plots and deep sense of place in her books.
When she isn’t writing, Carla loves to travel, hike, garden and spend time with family and friends. She and her husband, Joe, are frequent travelers to Ireland and divide their time between Boston and their hilltop home in Vermont, not far from Quechee Gorge.
Please visit Carla at her website: http://www.carlaneggers.com.